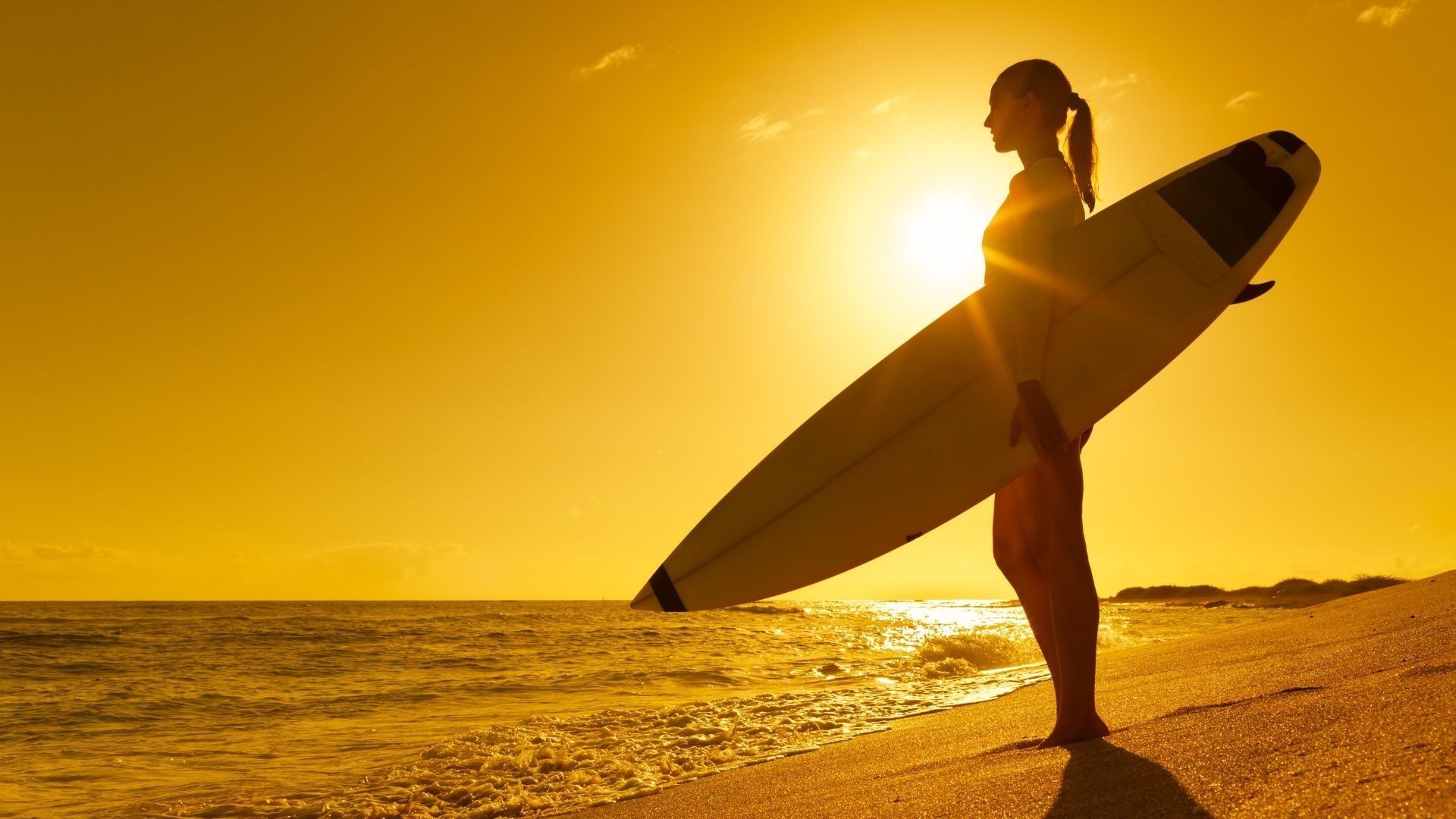 Female surfers have contributed significantly to the progression of surfing. They have gone a long way since “Gidget,” the fictional character who rode the waves long before it was acceptable for girls to surf. Since then, some of the most accomplished surfers in history have been women. Women have been little by little evolving their style and skills since they first stepped on surfboards. Even more so, for these famous female surfers, it is more than a matter of grace, but also their way to display women’s ability and commitment. 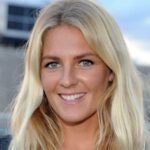 Stephanie Louise Gilmore, an Australian-born professional surfer, has dominated the surfing scene ever since she made her emphatic debut back in 2007. Nicknamed Happy Gilmore because of her joyful and cheerful personality, she has been well-loved by surf fans worldwide.

Gilmore has been surfing since she was ten on Australia’s infamous Gold Coast. Her surfing career began when she stood on a bodyboard at the age of 19. But, as young as 17, she was already entering world tour events as a wild card competitor.

Her attempts paid off, starting with her victory at the 2005 Roxy Pro Gold Coast. Since then, her winning streak was unstoppable. After achieving the second successive wild card event, she qualified for the 2007 ASP World Tour – and the rest is history.

Her last world title was in 2018, and she appeared in the recent Tokyo Olympics 2020 to represent Australia alongside Sally Fitzgibbons.

“Waves are fascinating, the way they are created by the wind far out at sea and groomed by different winds as they come closer to shore. We surfers ride the very last part of the wave’s life before it crashes and disappears, never to be seen again.” 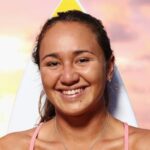 Carissa Moore is one of the very few people who get a day named after her. January 4 is Carissa Moore day in Hawaii. One of the most successful surfers in history, her first season on the world tour had her win two contests and finished third overall. She was 17 when she was named rookie of the year.

When Kelly Slater won his 11th world title, Moore earned her first. She was 18. That makes her the youngest world champion ever recorded. After bagging four surfing world titles, she now belongs to an elite group of surfing superstars, including Layne Beachley, Mark Richards, and Stephanie Gilmore.

Moore and Gilmore have passed the trophy back and forth at least three times as they battled for World Titles. Theirs is by far the best rivalry ever on the women’s side, which all fans loved as there has never been a whiff of animosity between the two.

Moore is one of the two American women who qualified for the Tokyo 2020 Olympics, where she won gold. 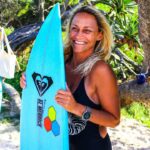 Named “1998 Female Athlete of the Year” by Conde Nast Sports for Women magazine, Andersen has been surfing since she was 15 when women’s surfing was underground and the sport was generally seen as men’s sport.

Despite her parents’ disapproval of her surfing, she decided to leave home and run away to Huntington Beach, CA, where she trained with the best surfers in America. Subsequently, she made it through amateur competitions and won 35 National Scholastic Surfing Association trophies.

She became a professional surfer in 1987 after she made it to the US Championships at Sebastian Inlet. Ranking 12th in her first year, she was elected Rookie of the Year. In 1990, she won her first pro event in Australia.

Andersen battled back injuries and gave birth to her second child in 2001. She was semi-retired that year and moved to become a global brand ambassador to Roxy. In 2004, Andersen was inducted into the Surfing Walk of Fame in Huntington Beach.

“If you look at the media coverage and surfing magazines, the one thing that stands out is how hard it is to find a photo of a girl in a magazine unless it’s an ad. It’s kind of strange, still to this day. You see these great-looking girls surfing so well that they are amazingly talented. They are finally the total package.” 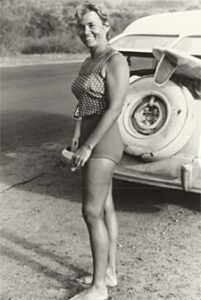 One of the precursors to today’s professional female surfers, Calhoun was the first woman world champion surfer to win the Makaha International Competition In Oahu. Born in Hollywood in 1924, she spent most of her childhood weekends swimming and diving on Venice Beach and Santa Monica.

In the 1940s, Calhoun trained for the 1940 Olympics. Unfortunately, the games got canceled because of the outbreak of World War II. Still, she went to continue surfing Topanga Canyon in the 1950s. She rode boards her husband gave to her as a Christmas gift.

Calhoun was one of the co-founders of the US Surfing Association, an influential surfing organization in the 1960s. She and her group became an inspiration to a generation of young women aspiring to surf despite the stigma of the heavily chauvinistic 1960s surf culture.

“If you look out there and think, “Gee, I wish I could go out there.” Just do it! If you have the desire for anything, do it!” 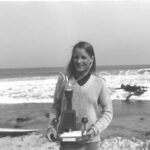 The first female professional surfer in the world, Oberg started surfing at age ten and began competing not more than a year later. In 1965, she won her division at the Western Regional Surfing Championships.

Born Margo Godfrey in 1953 in Pennsylvania, her family moved to La Jolla, California, when she was five years old. Her first national title was in 1966 when she won the 12-and-under division in the Menehune Championships.

From there, she became the top-seeded women’s surfer in California. She successfully held on to winning World Contest for two years, from 1968 to 1969. She retired after coming in second place in the 1970 World Contest.

Oberg started her surfing school in 1977 that still runs and operates to this day. She also authored a book chapter on competitive surfing strategies for women.

“The I’m-going-to-win-no-matter-how-I-have-to-do-it attitude just doesn’t seem to fit. For me, a contest isn’t a success unless it was fun, whether or not I win.” 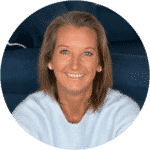 Layne Beachley, a widely regarded successful female surfer in history, is the only surfer to claim six consecutive world titles – from 1998 to 2003. She then went on to win her 7th world title in 2006 before retiring in 2008.

Her debut on the ASP Women’s World Tour when she was 16 introduced her to professional surfing. So much that in 1993, she claimed her maiden event win and spent decades traveling the world on the Pro Tour.

Her focus on becoming a world champion pushed her to her limits that in 1993 she suffered quite a number of injuries and depression. She went through two bouts of Chronic Fatigue in 1993 and 1996. Both didn’t hold her for too long, and she continued to pursue her passion for being a world champion.

Beachley’s achievements could line the long coast of Australia, which is why she was inducted into the Surfer’s Hall of Fame in 2006.

“I wasn’t born a world champion. I just worked really hard to become one.” 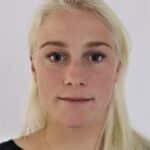 Weston-Webb is a Brazillian-born, Hawaiian-raised goofy-footer woman surfer whose shot at fame was winning back-to-back ISA World Junior Championships in 2013 and 2014. Her competitive spirit comes from her mother, who was a Brazilian professional bodyboarder.

Her love for surfing started by watching her older brother surf. Eventually, she picked up on surfing too. Later on, surfing became a competition between her and her siblings. Not long after, she received her first surfboard as an award.

Weston-Webb secured her spot in the World Championship Tour in 2015. Before that, she won ISA World Junior Championships back to back in 2013 and 2014. In 2016, she bagged her first CT win at the Vans US Open of Surfing.

These and a lot more accomplishments make her finish as the World’s No. 6 in 2019. She competed in Tokyo Olympics 2020, where she represented her mother’s country, Brazil.

“Nothing better than showing up to the beach and seeing barrels everywhere.” 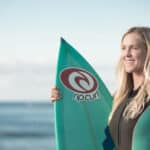 Perhaps the most famous woman surfer on this list, Hamilton is an American professional surfer and actress who survived a shark attack in 2003. This attack left her with an arm-less after the shark bit off her left arm.

Born in Lihue, Kauai, Hawaii, Hamilton began surfing at the age of 8. When she turned 9, she received her first sponsorship. At 13, she became a rising surf star. And, it was around the same time when the 14-foot tiger shark attacked her.

The attack didn’t slow Hamilton down. In fact, it didn’t take more than a month for her to come back to her surfboard. Within two years after the attack, she won her first national surfing title. She continued realizing her dream of becoming a professional surfer.

She still surfs in between being a mother, an author, and a motivational speaker. Her blog and online courses have been a massive help in others to become unstoppable.

“I didn’t need it easy. I just needed it possible.” 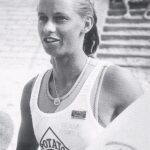 A four-time world champion, Zamba, rose to the top of the surfing world, beating everything that came her way. Born and raised riding the mediocre surfing conditions of Flagler Beach, she trained at an early age to become one of the most accomplished surfers ever.

Zamba had a tenacious and competitive persona combined with a radical style. This made her adapt to a variety of conditions that far outweighed her humble beginnings in Florida. She dominated different competitions in the 1980s.

Everyone loved just how low-key Zamba was. She didn’t pander to the surf industry that much. To her, she just liked to surf and win. Despite not particularly interested in the limelight, her dominance in surfing was enough to give her five consecutive Surfer Magazine poll wins.

In 1987, she was titled “Queen of the Surf” by Sports Illustrated.

“If you’re destined to become a pro surfer, start learning what it takes to be a successful pro surfer. I see so many kids with talent who think by surfing hundreds of contests and getting results that that’s all it takes. Really, they’re setting themselves up for burnout later.” 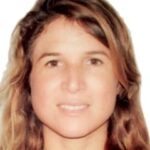 Mulanovich takes her talent in surfing from her father, who was a surfer, and his older brothers. Surfing came naturally for her that she was surfing by the age of four. A Peruvian coach soon identified her natural talent and commitment.

It didn’t take too long before she was competing on the World Tour. She finished World No. 7 in her rookie year in 2003. A year after, she claimed the World Title by winning three of the six CT events. She was the first Peruvian who surfed and won a CT event.

She continued to compete for another decade on the CT. In 2007, she finished as the runner-up. The next seven years had her finishing in the top five. After leaving the tour, she opened the Proyecto Sofia Mulanovich – a surfing academy for youths from all backgrounds.

She traveled to Japan for the Tokyo Olympics 2020 as the eldest surfer in the competition.

“Being on tour is the most wonderful thing ever. You get to surf good waves, meet amazing people, experience different cultures, and at the same time, you do what you love. It is living the dream.”

More than a dozen famous female surfers also left a mark in the surfing history and are worth mentioning in this write-up.