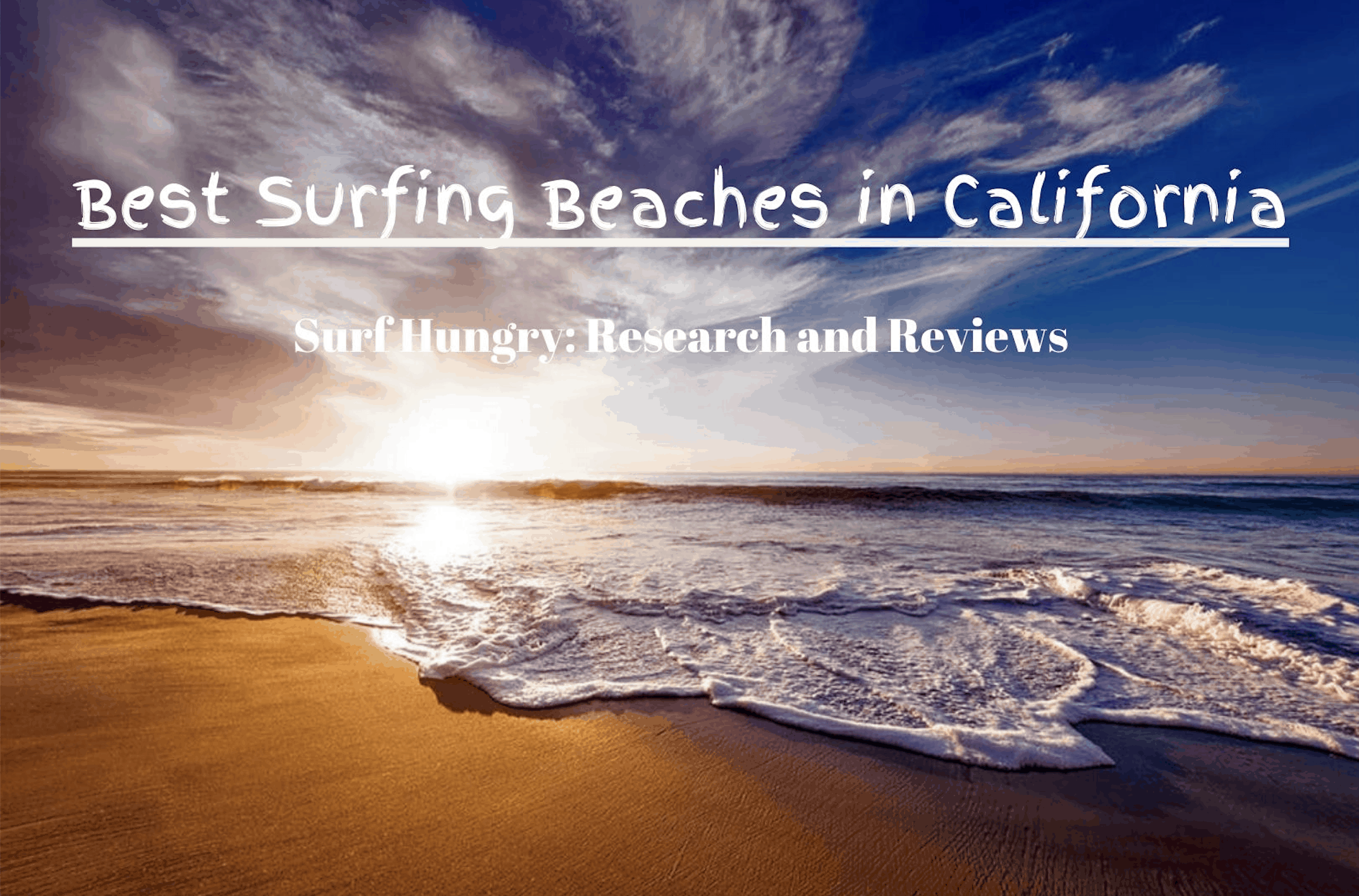 There is nothing like enjoying the gifts of nature. Of all the US states, California is one of the first places that comes into a surfer’s mind when they want to hit both big and gentle waves. This state is known for its surfing culture and impressive beaches, thus, making it an ideal location for both beginners and professional surfers. Best Surfing Beaches in California in 2019

Huntington Beach is known for its 8.5 miles property, which is suitable for surfing. It is located at the borderline of the Pacific Ocean on the west. Dean Torrence from the “Jan and Dean” pop group wrote a song called “Surf City”, which embodies the Huntington Beach fun.

This beach is one of California’s safest, cleanest, and most extensive beaches for surfers. It also offers excellent bars and nightlife, which makes it an ideal place for surfers to unwind, too. From professional surfers to beginners, Huntington Beach has everything to offer. Plus, the crowd here very friendly and approachable, too.

The best time to surf this beach is before winter since the crowd is no longer surfing. Its long stretch can produce classic hollow waves, which is ideal for people who are taking surf lessons. Corky Carroll is one of the popular organizers that runs a summer surf lesson at Huntington Beach.

The Maverick’s Beach, located in Northern California (20 miles from the south of San Francisco), is known for its big waves. It is only suitable for professional surfers since its waves can be dangerous and fast for beginners. Truth to be told, the Maverick’s Beach is one of the beaches with the deadliest waves on Earth. This beach is an ideal place for professional surfers who are willing to risk their lives against the monster waves.

The first professional surfers who approached this beach are Jim Thompson, Alex Matienzo, and Dick Notmeyer. In 1961, they decided to surf the inside spot (not the outer reef) during the winter.

The best months to surf on the Maverick’s Beach are September through April. But before surfing, surfers must be ready to commit their body and mind through the deadly waves. The water pressure on this beach is around 20 to 50 feet, which is strong enough to damage a person’s eardrums. Its strong currents can also push the surfers down from 20 to 50 feet below the surface.

Cowell Beach is one of the famous places among beginners who want to enhance their surfing skills. It is also ideal for longboards, especially on low tides. The gently rolling waves of the beach have fun and easy-going atmosphere for all types of surfers. It can get crowded during the summer since there is a variety of surf schools available.

The San Onofre Beach became famous for its gentle waves. It’s been open to the public since the 1930s. The waves at this beach are at its best during the summer. It is suitable for beginners and professionals with short and longboards. The best mix of swells is usually medium-sized SW with a small-medium W swell.

Getting to San Onofre Beach is pretty easy. Surfers can either drive north from San Diego or south from the five freeways.

If a surfer is looking for a little solitude, this beach would be an ideal place. It has plenty of space which is perfect for camping, too.

The Trestles Beach, also known as the jewel of Southern California, is named after a wooden trestle bridge (replaced with a concrete viaduct last 2012) that surfers walk through to reach the beach.

Trestles Beach has the best waves in California. It is an ideal surf pool for people who wants to undergo surf training and experimentation sessions. It can be pretty crowded during the summer since it is a safe place to enhance a person’s surfing skills. Its rocky seafloor is not dangerous, especially for beginners. Each wave on Trestles breaks smoothly and will not put any surfer in a deadly situation.

Nowadays, non-governmental organizations aim to maintain and manage the historical status of this beach. They are committed to protecting it from getting concrete and urbanized.

Laguna Beach is known for its temperate weather, bohemian arts scene, and crystalline coves. These coves are famous for diving and snorkeling, while its idyllic beach is where the surfing glory occurs. Catching the waves in Laguna Beach can be easy for both beginners and professionals. Plus, the waves roll gently. Therefore, beginners can learn new skills quickly.

If a professional surfer is looking for something bigger, he can visit the Brooks Street. It is a fun and popular spot for experienced surfers due to its consistent left-breaking waves.

If a person has never tried surfing before, Laguna Beach is the perfect place to learn. There is a variety of budget-friendly surf shops that offer a lesson that only costs $75 to $100 per hour. He can also rent boards and swimsuits that only costs around $125.

Swami’s Beach, also known as “Swami’s Reef”, is named after the Swami Paramahansa Yogananda, which is built last 1937. It became one of the major surfing destinations in California due to its excellent swells in the winter. Most of the time, this beach has a low to medium tide with W or NW swell direction. For that reason, Swami’s Beach is suitable for all types of surfers with long and shortboards.

The Swami’s Surfing Association, built in the 1960s, is a non-governmental organization that aims to improve the beach community and protect its resources. Sponsors from the community fund these organizations.

The La Jolla Shores is known for its quality waves near the pier. It has a rocky bottom, so it would be best to surf during high tides. The tide can reach eight feet during the winter, full moon, and new moon. During the summer, the water can reach up to 70 degrees Fahrenheit.

Moreover, paddling will make it easier to surf in La Jolla Shores. With enough practice on this beach, any surfer can paddle fast and catch the waves effortlessly.

The Silver Strand Beach, located at the southern coast of Coronado, is a one-mile beach which is ideal for several water sports. People love to visit this place for boating, kayaking, water-skiing, volleyball, swimming, and surfing. Moreover, it also offers attractive bike pathways at the Bayshore Bikeway.

According to previous visitors, the Silver Strand Beach is suitable for families since it is not too crowded compared to other beaches in California.  This cozy beach also has gentle water waves that can draw surfers smoothly on the water. Additionally, several lifeguards and restrooms are available.

The Windansea is a surf break located in La Jolla Shores. It is one of the famous Southern California surf spots for both beginners and professionals. This beach has plenty of friendly and kind surfers. The beach sand is soft and clean for children. According to previous visitors, this beach is one of the most serene places in the world. It is also wide enough for sunbathing.

Truth to be told, the Windansea is a home of some notable surfers, including Butch Van Artsdalen, Steve Pezman, and Mickey Munoz.

Q: What are the best surfing beaches for beginners in California?

Cowell Beach is the best beginner surfing spot in California. It is located in a protected cove that can shelter a surfer against strong winds and maintain the gentle waves. Longboards work great on the Cowell Beach waters. Alternatively, beginners can also visit San Onofre Beach in San Clemente. It has slow-breaking peaks which are suitable for first-time surfers. Locals in San Onofre Beach are friendly and ready to help any person who needs assistance on the beach.

Q: What is the best time to surf in California?

People can surf California beaches all year round since the water and swell usually remain at normal levels. However, several beaches in California are dangerous due to sharks nearby, especially during winter. If a person wants to surf around Southern California, summer would be best but be prepared since lots of crowds are everywhere.

Q: What are the most dangerous surf spots for beginners in California?

The most dangerous surfing beaches in California are Maverick’s in Half Moon Bay and The Wedge in New Port Beach. These beaches have the most heart-pumping waves on the planet. Tons of unseen wave currents have killed visitors in the past years. Therefore, surfers must think twice before surfing on these dangerous beaches.