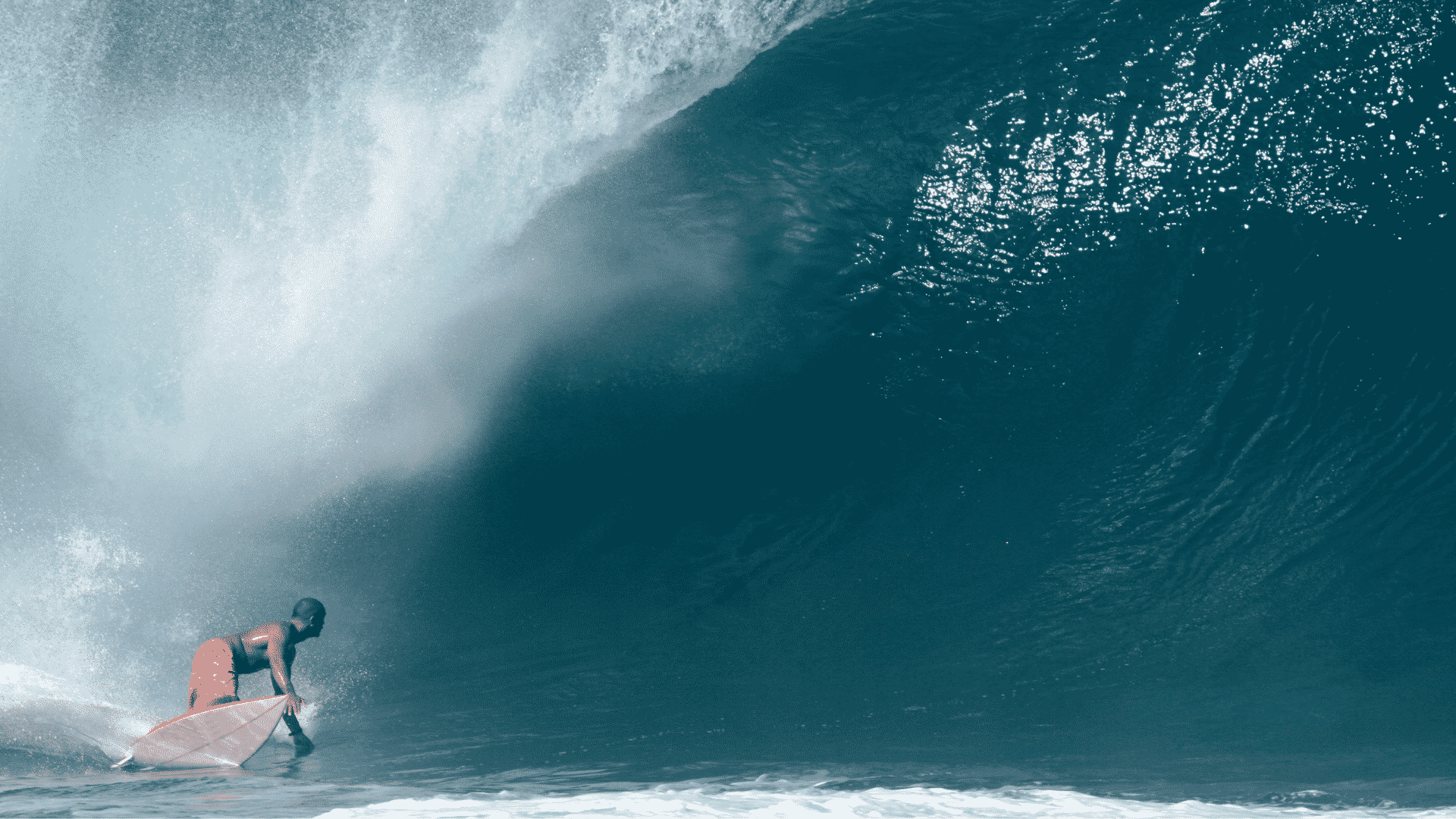 If there is a wave most filmed and photographed in the world, it is the Banzai Pipeline. Considered one of the most competitive waves on the planet, it is the birthplace of tube riding and the spot that gave name to an esteemed surfing contest – the Pipeline Masters.

For more than half a century, the Banzai Pipeline has remained the center of the surfing universe. Each winter, thousands upon thousands of surfers gather to Oahu’s North Shore for a taste of Hawaiian juice and a shot at glory.

What’s behind the most iconic waves in surfing history? Let’s unravel the mystery that wraps the barrelling waves and difficult conditions daredevils sought after.

Origin Of The Name – Banzai Pipeline

Inspired by the ancient Samurai’s commitment to suicide over capture, the Japanese government during the Pacific Wars in 1941 taught its soldiers it was far more honorable to die than to surrender.

The battle cry for this act – “Tennōheika Banzai,” which translates to “long live his majesty, the emperor,” knew far too well this cry and the attack that accompanied it. This battle cry was usually shortened to just “Banzai!” during those instances due to time constraints.

What does it have to do with the world’s famous surf site, you ask?

After the war, several surviving American soldiers settled in Hawaii. The GIs first named the long stretch of Oahu’s north shore as “Banzai Beach.” Apparently, it was because of the deadly-looking huge waves that regularly pound on its shore.

Fast forward to 1961, two visiting Californian surfers – Phil Edwards and Mike Diffenderfer paddled out and caught what are widely acknowledged as the first-ever waves ever ridden at Banzai Beach. The following day, the two came back to the surf spot with Endless Summer director Bruce Brown.

Brown captured the ensuing session. Most of what he got that day was included in his 1962 film Surfing Hollow Days.

As they were leaving the beach, Diffenderfer spotted a series of gigantic concrete pipes used on a nearby building site. He noted their similarity to the waves he had just been surfing and suggested to Brown that the spot be named Pipeline.

Banzai Pipeline – The Queen of All Waves

Banzai Pipeline on the North Shore is the “happenin’” place to be. It has one of the most impressive and notorious waves in the world.

This picture-perfect surfer’s dream is a reef break located in Hawaii, on Oahu’s North Shore. The break is situated off Ehukai Beach Park in Pupukea.

The massive hollow tubes that break over a sharp and shallow reed is one of the most dangerous waves in the world – but is also one of the most sought after. The deadly waves of blue cylinders sent hundreds of athletes to hospital beds and even claimed the lives of several other riders.

Aside from being notoriously deadly, Banzai Pipeline also became a famous symbol of surfing thanks to its world-renowned competitions, surf film appearances, and all the surfers who earned their chops riding its waves.

Under the Pipeline reefs are large caverns. Massive air bubbles rise from the caverns as the wave breaks over these reefs. These create the perfect wave crests that Banzai is famous for. Moreover, the steep takeoffs and the really heavy waves are tremendous rewards for the surfers who get it right.

Banzai Pipeline has many faces that include a series of different reefs spaced out in gradually deeper parts of the ocean. The size of the incoming swell usually tells the reef that breaks. The breaks include for different waves:

The Banzai Pipeline is a temperamental left-hander. It shines bright with the west-northwest/northwest swells and light trade winds. The best time of the year to ride it is between October and March.

The best size of waves to surf the Pipeline is when it gets up chest-to-triple overhead high. This drop ignites an exceptional adrenaline rush. Wait until you see a white lip falling and covering you like a liquid curtain before exploding in shallow waters.

Surf Competitions At the Banzai Pipeline 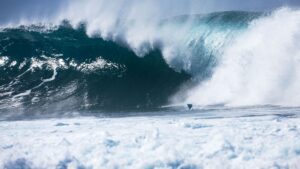 The waves of the Banzai Pipeline made it become one of the most famous surf destinations in the world. It has gone so popular that a variety of regular competitions started to take place here.

One of the most prestigious surfing events on the North Shores of Hawaii is the Pipe Masters. This surfing event attracts the world’s best surfers year after year. It comprises the top 34 surfers from the World Surf League and the top 32 surfers from walk-on trials. This event started in 1971 and has been the highlight in the competitive surfing scene ever since.

Another tournament is the Volcom Pipe Pro that features 144 of the world’s best surfers. Then, there’s the IBA Pipeline Pro – a famous event at Pipeline that focuses on bodyboarding. Bodysurfers also flock into the Pipeline for the annual Pipeline Bodysurfing Classics.

Surfing the Banzai Pipeline is the dream of many surfers. However, this ultimate wave is not for beginners nor the faint-hearted. Giving it a go requires you to learn its secrets first. Once you’ve unraveled the mystery of the Banzai Pipeline, the next thing you should remember is how words like fear and hesitation are not welcome.

Riding the Pipeline needs you to trust your instincts and paddle for waves with elevated confidence levels. After all, it is one of the most challenging and impressive breaks you’ll ever ride. How amazing would it be to boast about riding the iconic area for surfing?

Q: Can you swim in Pipeline?

A: The Banzai Pipeline is famous for its massive waves and powerful winds. But, during the summer months, the swells subside for swimming and some snorkeling.

Q: When is Banzai Pipeline big?

A: The months between November and February are the best times to experience big wave surfing in North Shore Oahu.

Q: How big can waves get at Banzai Pipeline?

A: Banzai Pipeline averages at 9’ waves (3 meters). But, it can go as tall as 20’, especially on difficult sections of shallow reefs or the “Backdoor.”