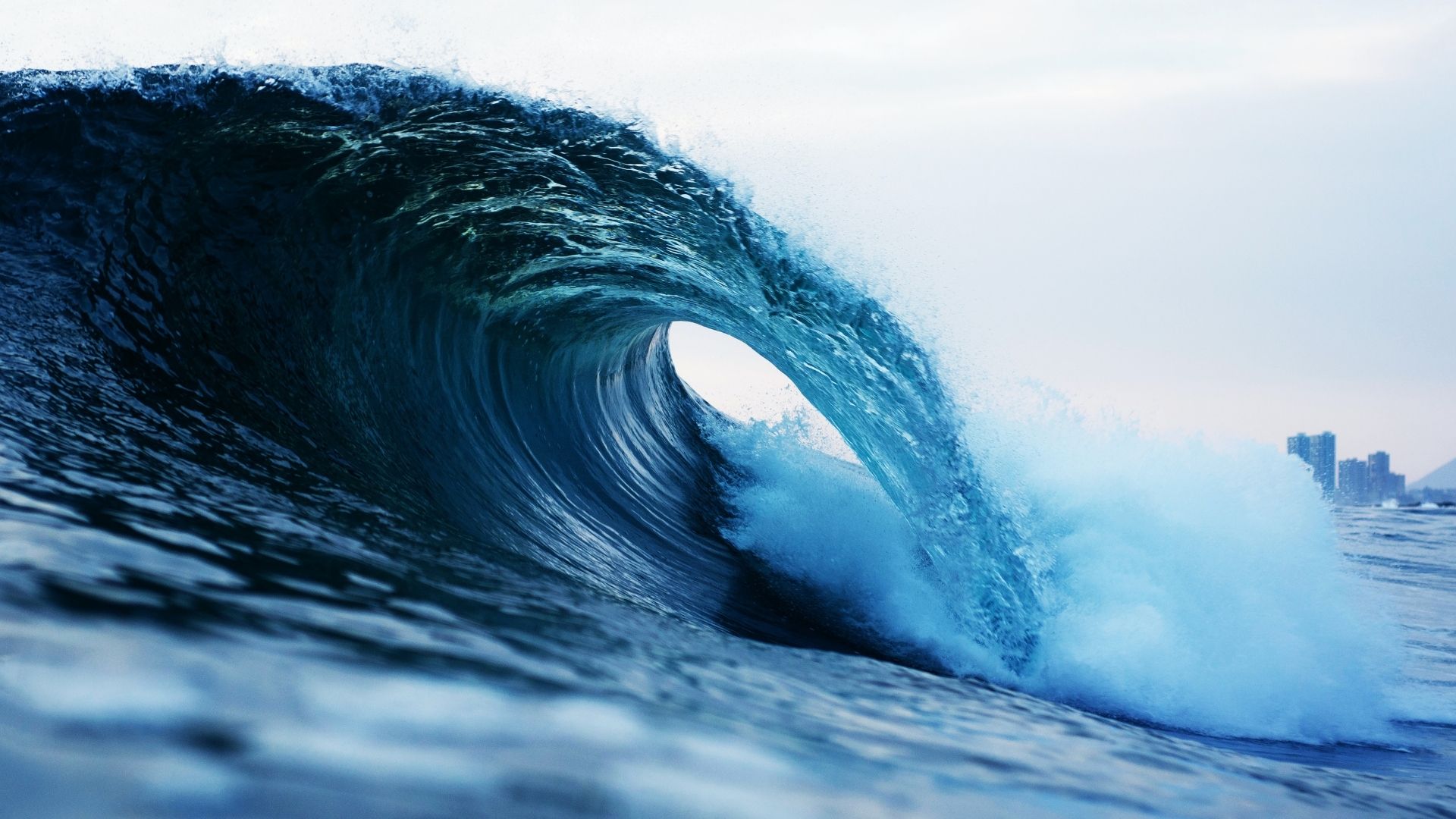 Surfing documentaries provide us with an avenue to focus on when the weather keeps us from going to the beach. We explored the highs and lows of the documentary department to bring you the best surfing documentaries you can relax and enjoy while waiting for your next ride. 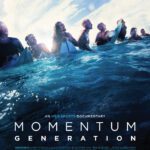 There is something spectacular about surfing that this eloquently created documentary will move even a non-surfer. Momentum Generation is a surfing documentary that you wouldn’t expect to bring you to tears. But it would. Don’t say we didn’t warn you.

Momentum Generation focuses on a group of surfers – Kelly Slater, Rob Machado, Shane Dorian, Taylor Knox, Benji Weatherley, Kalani Robb, Ross Williams, Taylor Steele, and Pat O’Connell. All of them were present and were remembering their teens and 20s up to their fit 40s.

This surfing documentary is an expertly cut collage of largely unseen archive footage from Taylor Steele’s shots in the early nineties. It also included snippets of particularly in-depth interviews with Slater, Williams, Machado, and more.

Momentum Generation lifts the curtain on an elite group of surfers whose lives and careers most of us thought we already knew. It reveals a lot about their early lives, rivalries, tragedies, and their strongest sense of camaraderie.

2. Bustin’ Down The Door 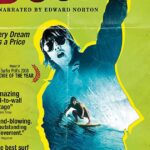 Surf feats and mystical macho talks from bronzed guys on Hawaiian beaches are what Bustin’ Down the Door is all about. The native Hawaiians show the mortal dangers on the beach while flamboyantly strutting their stuff in the most challenging spots and dangerous conditions.

Narrated by Edward Norton, Bustin’ Down the Door provides a gripping look at the surf scene along with the seven-mile miracle, which up until then had only been ever surfed by some locals and a few established American surfers.

This surfing documentary will make you think that surfing is not all rainbows and butterflies, but more like catfishes and whale poos. It proves that life on the waves isn’t always a sunshine ray despite the sunny skies and beautiful seascapes.

Bustin’ Down the Door opens up about the unwelcomed arrival in the early 70s of Australians and South Africans. The narrative also includes how it led to a whole new level of competition and the subsequent formation of a formal surf league. 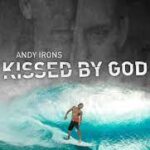 Kissed By God is one of the surfing documentaries that have elicited wet eyes everywhere it played. It’s an extraordinarily raw and honest portrayal of Andy Iron’s life, authored by those who knew and loved him and awash with accounts few believed would ever be told.

He was one of the greatest surfers of all time, so much that you may have seen the phrase “A.I. Forever” on shirts, bumper stickers, boards, contest merch, and almost everything else surf-related. This surfing documentary dove headfirst into the life and death of Andy Irons.

Kissed By God covered everything from the beginning of Iron’s life and explored every aspect of his surfing popularity, rivalries, and world titles. All the while, he was struggling with drug addiction and mental health issues.

This surfing documentary filled with raw and honest interviews of Andy’s brother Bruce, wife Lyndie, and some of the biggest names in surfing made Kissed by God the most comprehensive account of Andy Iron’s life. 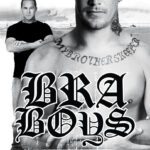 Set in the early 2000s in a ragged Sydney suburb, Bra Boys is one surfing documentary that will make you want to box with your grandma. It focuses on surf cultures roots in the area of Maroubra with its finger pointed in the way of the Bra Boys surf “gang.”

Bra Boys has a dark, punk rock undertone that helped highlight what happens when the primal nature of surf tribalism takes hold of society—one which back then was still in the hangover of historical oppression mixed with blue-collar communal pressures.

Aside from the Bra Boys, it spotlights the Abberton family and the high-profile case they have been involved with. Russell Crow beautifully narrated the fascinating and sometimes tragic insight into the contrast between the stunning beauty of the waves and the harsh reality of life.

Overall, this surfing documentary provides a fascinating insight into one of Australia’s most notoriously tight-knit surf cultures. It is a bit contradictory in parts, but then that’s how life usually is. 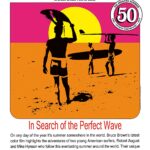 One of the oldest surfing documentaries, The Endless Summer, is the defining work of surf film making, aiming its abiding ability to capture the audience’s emotions from the surf-obsessed to the tried surfing oncers.

The Endless Summer has narration, music, and cinematography that is easy on the mind and eyes. It floats through the screen and has you envisioning yourself in your own surf world – whether or not you are a surfing enthusiast.

Interestingly, this surfing documentary has no special effects, no plot, no stars – yet it brings the purest face of surfing. It was just two guys who took off to surf the world. Perhaps it is how it takes you back to when our lives were simpler.

The Endless Summer is a must-see. It is just as good as it was when it first came out in 1965. Don’t let yourself miss a surfing documentary with good narration, great surfing footage, and the right amount of humor thrown in. 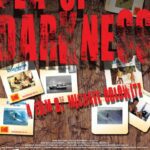 Sea of Darkness had a glorious run at international film festivals, including 47th Hof International Film Festival. Unfortunately, after getting mentioned here and there, the surfing documentary seemed to disappear from circulation.

Michael Oblowitz’s creation centers on a small group of Americans and Aussies in the mid-70s who figured out their way to the wilds of Indo for one reason. One of them is the notorious Mike Boyum, who invited the rest of the crew to his newly established land camp.

Boyum’s surfing island eventually came crashing down when the camp got seized by the authorities. His way out was to torch the island down and head seaward. Like Bustin’ Down the Door, this film reveals a realm that’s almost unrecognizable to today’s traveling surfers.

Overall, Sea of Darkness is a mesmerizing, dark tale of drug-financed Indo exploration in the 1970s and how surfing pioneers Mike Boyum and Martin Daly initiated an adventure and surf exploration lifestyle. 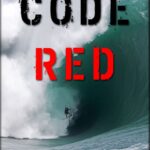 True blue surfing fans always have in their memory the infamous Code Red swell. The swell produced waves of monumental aftermaths; they marked into the brains of those watching and even more those surfing. The waves were so big that practically everyone was banned from the ocean.

It was the 2011 Billabong Pro Tahiti when the events were put on hold because the waves were just too gigantic. Forecasts said they were of unprecedented size that the Tahitian Coast Guard wanted everyone offshore, out of harm’s way.

Code Red featured the craziest day of surfing ever. Dylan Longbottom and Laurie Towner narrated it according to their experience as they were the first to spot the historic blob on the chart to their final waves of the swell.

See this surfing documentary for yourself and be amazed at how thick and unforgiving the types of swells that can be considered Code Red in Tahiti. We bet you will have the same questions as we have after watching it – how did nobody die? 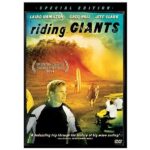 From the person behind Dogtown and the Z-Boyz, comes Riding Giants – a surfing documentary the covers the evolution and rise of big wave surfing through the eyes of surfing’s most prominent icons – Greg Noll, Jeff Clark, and Laird Hamilton.

Riding Giants shows the degree of a surfer’s obsession – from living to ride, growing depressed when there are no waves, and haunting the edge of the sea to find the force of the ocean.

Indeed, the most exciting aspect of this film is its representation of the old-school, hardcore surf culture that has always been about the fraternal bond that crops up between people with the same passion and how they are willing to devote everything to its pursuit.

Overall, it is one brilliant documentary that dives deep into the world of surfing and brings to the surface a very human and raw emotion that transforms mere mortals into epic heroes.

Other Surfing Documentaries Worth Watching

A handful more of surfing documentaries are out there playing, but the ones we’ve mentioned topped our list. These should be ticked off as the “things-a-surfer-has-to-do” list and should be a rite of passage for any beginner.

If you think we missed out on a surfing documentary worth watching, leave a comment on the comment section below, and we’ll be sure to check it out.

Q: What do you need to film a surfing video?

A: Professionals use top-of-the-line, high-speed digital cameras, and drone recorders to capture all the action on the waters. You can start with a good HD video camera with interchangeable lenses, a waterproof camera, a lightweight tripod, and video editing software for beginners.