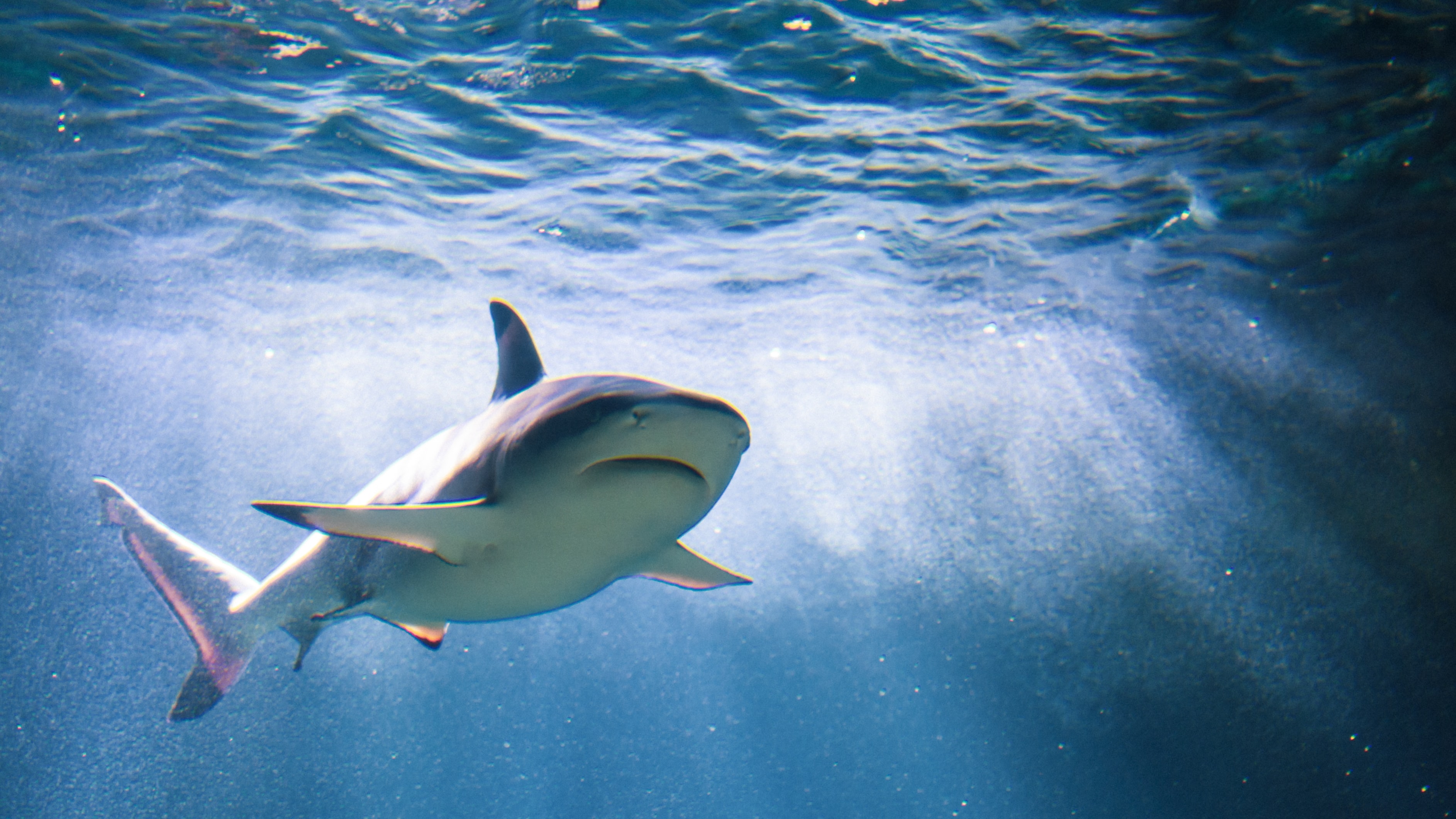 On the 27th of December year 2016, Zack Davis a 16 yr-old surfer, was attacked by a blacktip shark while wearing Sharkbanz, a magnetic device that was supposed to act as a deterrent for sharks. This left the poor bloke with a big gash on his arm, a little over 40 stitches, and a big mystery that got everybody questioning: Does Sharkbanz actually work — and can this device really put an end to the constant fear of beachgoers, surfers, and marine specialists of shark attacks?

By gathering evidence and researches, we’ve analyzed all the pieces of information that prove if this famous shark deterrent does its job or not. We’ve also listed some pros and cons to help you decide if this pricey magnetic band’s worth your time and money. Keep reading to learn more!

For many years, we’ve always been terrified of what lies beneath the water surface. With the constant shark attacks that happen every year, people try different devices to reduce the risks of shark encounters and attacks in the ocean. There are the visual repellents, sound chemical, electric… but unfortunately, only a number of them proven to be effective.

Now comes the Sharkbanz, a magnetic band that acts as personal protection to mitigate shark attacks. It’s commercially available in the market, with different testimonials and test videos claiming its effectiveness against one of the ocean’s biggest predators. Before we discuss further on how it works, let’s dig a little deeper into their company’s work background, shall we?

The mission of Skarkbanz is fairly simple — to promote marine conservation, educate people about the ocean, and create a device that can protect people from sharks. Now, this company’s first two goals seem doable, however, the third one raised a lot of questions, as well as some eyebrows.

Sharkbanz was founded by Nathan Garrison and his father, David, both of whom are surfers who want to find an affordable solution to finally end unprovoked shark attacks. It took them a total of three years in research and tests to finally launch the first version of Sharkbanz on January 1, 2015.

After Sharkbanz v.1 was released, the company continuously collaborated with Dr. Eric Stroud and Dr. Patrick Rice of the Shark Defense Technologies to further research and create a premium line of safety products against sharks. As of writing, Sharkbanz’s other product include the Fishing Zeppelin — the world’s first shark deterrent tackle that can be used to replace the sinker on your rig. 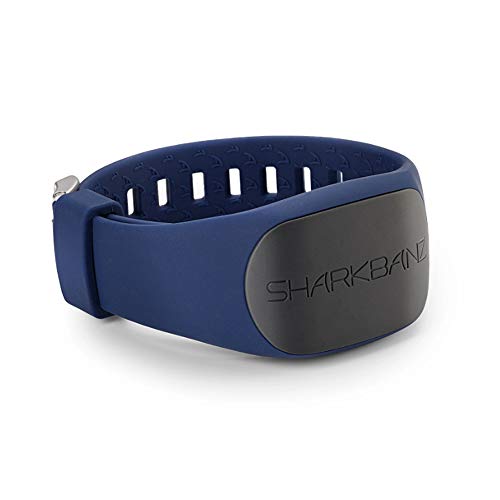 The use of shark deterrents has always given surfers and beachgoers peace of mind whenever swimming in murky waters or when there are risks of shark encounters because of sightings and fish migrations. These products are one of the most sought-after devices in the watersports market; however, researchers often face problems with them because of their energy sources and their risks when it comes to the safety of marine animals.

What we like about Sharkbanz is that it has one of the simplest methods in deterring sharks. By utilizing a patented magnetic technology, Sharkbanz doesn’t require the use of batteries. It’s always on, even if you don’t charge it.

This device is also regularly tested in real marine environments for maximum efficiency and performance. It’s proven safe for marine organisms and won’t cause any significant harm to the sharks.

Sharks are apex predators that make use of electromagnetic field to detect signals from their prey. Among the organisms in the animal kingdom, they have the strongest and most complex receptors — a reason why it’s considered as their sixth sense. With this, sharks are also able to navigate and hunt in low-light conditions.

So how do these receptors work? The pores of a shark’s snout, along with its head are high-sensitive areas that can detect the faintest electronic field in the seawater. Sharks use these to look for their prey, which are sea animals that have weak electro-magnetic signals — like slow-moving fishes or injured seals with slow heartbeats.

That said, this device works by creating a magnetic field that’s a thousand times stronger than how much a shark’s prey would normally emit. Once the sharks detect this strong signal, they will tend to move away from it as they wouldn’t see it as their food.

According to Sharkbanz, the sudden unpleasant sensation of this electromagnetic field has a similar effect to being shined with a bright flashlight inside a dark room. The sharks won’t be hurt in any way; however, they’ll try to get away from it as they’ll find it annoying.

Warning: The magnetic field of Sharkbanz can cause electronic devices within 30 cm of its range to lose power or die out. When not in use, store the band inside its box.

Based on tests conducted by the experts behind Sharkbanz, this magnetic device was able to repel the deadliest kinds of sharks that are mostly known to attack surfers. In the following videos, you’ll see how it supposedly worked against the aggressive great whites, hammerheads, and the bull sharks who are responsible for the most attacks in the United States.

If we will base this shark deterrent’s effectiveness on the test videos provided by Sharkbanz, we can say that this magnetic band does have some effect when it comes to repelling the men in grey suits. But if we are to look at other evidence and research, you might want to think twice about purchasing this product.

Remember Zack Davis earlier? The kid who got bit by a shark the first time he wore Sharkbanz? Turned out, he’s not the only one who’s attacked by a shark while wearing it. Other Sharkbanz customers also claimed that sharks who came close to them didn’t bat an eye about the magnetic band. Its effect was quite the opposite, in fact, because instead of moving away, the sharks refused to leave them alone!

The thing is, this magnetic band may do you more harm than good. As mentioned earlier, sharks are sensitive to electromagnetic fields, but if there’s no relative motion to intercept, then there’s no energy conversion that’ll happen — meaning no electric field will be created. Now, in a situation when a weak field is indeed generated and the shark has detected it, the shark will become more drawn to you because of its curiosity, and once it comes close to the device (approx. 10 cm away to detect the signal), it might move away, or not — there’s no guarantee.

In this next video, you’ll see how the weak electronic field that Sharkbanz has created acted as both the deterrent and the bait. The shark, after enduring the Sharkbanz’s signal, proceeded to eat the bait, then came back a second round to remove the band, and finish off the remaining food.

According to Erich Ritter, an expert on shark body language and diving accidents, magnetic devices like Sharkbanz are simply psychological safeguards that people wear for confidence and peace of mind. There’s no way it works, he says, because the only thing that can create a magnetic field strong enough to interfere with a shark’s receptors are humongous magnets, and Sharkbanz powdered earth magnets are just too small and weak to create that kind of effect.

If we dig through more research and tests, results will say that Sharkbanz’s permanent magnets have zero effect on a shark’s behavior (in which the company claimed it will overwhelm the shark with its strong sensation). Similar to what Erich said, the research also concludes that to effectively repel sharks, you’ll need stronger magnets positioned all over your wetsuit or surfboard and combine it with a visual deterrent such as painting eyes at the bottom of the board.

There’s no telling if Sharkbanz works or not because some surfers have used them for years and they claim they haven’t had any shark interactions ever (plain luck, perhaps?). It’s also one of the good options in the market because even groms can make use of it; however, there are some things we wish Sharkbanz will improve on.

The powdered magnet leaks out of the band. For the price of USD 94, you’d expect it to be durable and also to have a weatherproof/waterproof storage box. See, the band is not supposed to be stored anywhere or open as it messes up with gadgets, and the cardboard box that it comes with doesn’t really match its expensive price tag.

If you’re still looking to buy Sharkbanz because it makes you feel safer and more confident in the water, we won’t judge. As there are only a few shark deterrents in the market, it won’t hurt to take extra precautions if that means life will be saved.

We hope this review has enlightened you in some way about how Sharkbanz works! If you want to learn more tips on how to surf with sharks, check out this cool article here.

Q: Is Sharkbanz effective with any kinds of sharks?

As of writing, the effects of Sharkbanz when it comes to deterring sharks are not yet guaranteed as multiple tests and researches have proven it to be ineffective; however, some of its users, as well as researchers, swear by this product’s effectiveness. In the tests their company conducted, bull sharks, hammerheads, and tiger sharks avoided baits wherein the Sharkbanz device was attached.

Q: How do Sharkbanz work?

Sharkbanz is a shark deterrent device that utilizes permanent magnets to create an electronic field that interferes with a shark’s electro-interceptors. This gives the shark a sudden sensation that’s a thousand times stronger than its average prey; therefore it will move away from it.

Q: What is a good alternative to Sharkbanz?

Based on research, the Freedom+ Surf is proven to be the most effective in deterring sharks. The government of Western Australia aims to reduce the risks of shark attacks, so they are offering a 20% rebate to any resident who purchases this product.