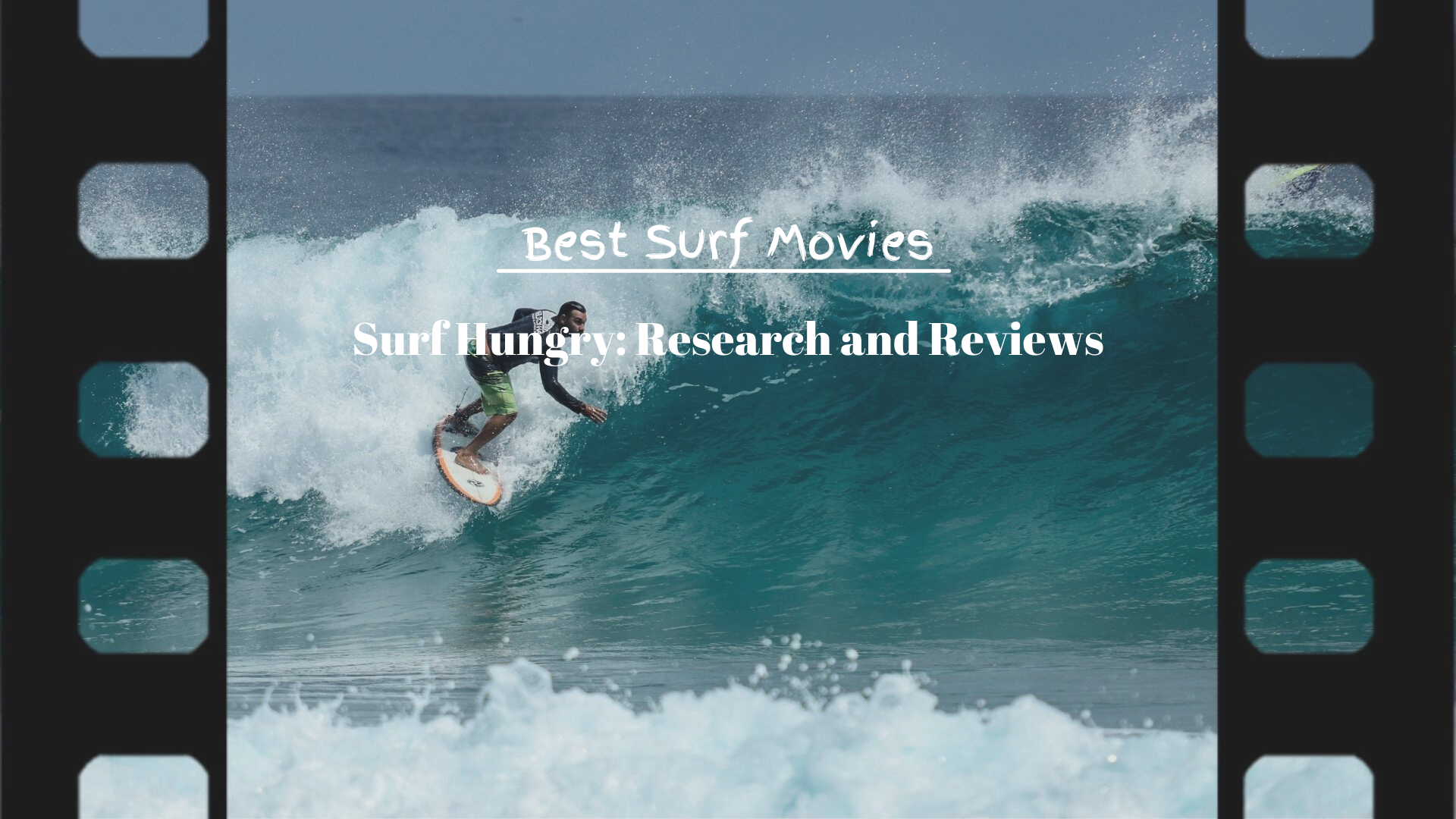 If there’s another way to transport us to a place and time more than the books, it’s the movies. The plot, the storyline, the music, everything feels as if it is sending us to where the action happens as it happens. These make the best medium for documenting surfing. Surf movies take us to deserted beaches with perfect and endless waves. The iconic cinematography, wide-open vistas of the coastlines, and surfers shredding every wave they can find help ease your craving for a surf vacation at least a little.

This article gives you fifteen of the best surf movies binge-able while you wait for the next surf trip you are looking forward to.

More than 500 surf films have been released since filmmakers decided to take on the deep and highly diverse surfing world. These big-budget films, documentaries, and a few punchy action clips are all worthy of seeing if you are a true blue surfer.

While all of them are laudable, there are still those that broke new grounds and took the sport in a different light. The best surf movies – those that make anyone who watches it feel the exciting rage of the waters are: 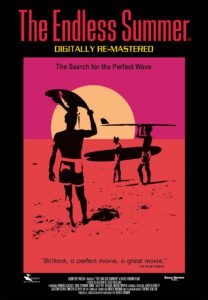 It was the adventure of unreserved enthusiasts Mike Hynson and Robert August, captured in videos. Little did they know that their collected footage will soon become the most iconic film that embodies the life of a surfer and what it takes to find that perfect wave.

The title Endless Summer comes from the idea expressed at both the beginning and end of the film. It is a narrative presentation of the adventures of Mike and Robert had presented in a fun-loving and personal style.

This classic surf film portrays surfers living in spiritual harmony with nature, shaping and making their boards, as they voyaged in search of the perfect waves across Australia’s northeast coast, Bali, and Hawaii.

Morning of the Earth is regarded as one of the best of its genre and is noted as recording the first surfers to take Uluwatu waves on the southernmost tip of Bali. This surf movie also brought Bali to the attention of surfers all around the world. 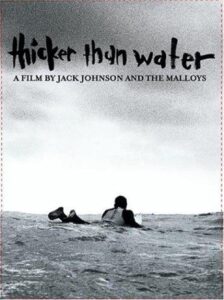 Thicker Than Water is a compilation of images and clips. The film documented an eighteen-month journey through the North Atlantic, South Pacific, and the Bay of Bengal. Kelly Slater and Rob Machado also starred in this film.

Jack Johnson and the Malloy brothers made sure this film features all the requirements of a good surf movie – board design, surf approach, locations, style, all the way down to the music that exemplified the culture.

Chasing Mavericks is an American biographical drama about American surfer Jay Moriarity’s adventures as a surfer. It depicted how he discovered the mythic Mavericks surf break and later enlisted to train how to survive the swells.

Sure enough, Jay was able to ride the Mavericks successfully and was captured on video. However, the movie ended on a sad note with his passing while free-diving in the Maldives. The ending has an assemblage of people holding a surfer’s memorial service for him. 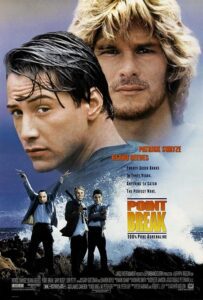 This American action crime film centers on an undercover FBI agent tasked with investigating the identities of a group of bank robbers as he develops a relationship with the group’s leader. The surf movie title refers to the surfing term “point break,” where a wave breaks as it hits a point of land jutting out from the coastline.

It may appear as just another action movie but, the story revolves around an FBI agent’s attempt to infiltrate a surfing community.

Five Summer Stories is a full-on surf movie heralded as one of the finest surf movies ever made. It is a cultural icon from that watershed era when the world was at a critical crossroads with a dim reflection of the emerging sport – surfing.

Five Summer Stories is mostly long shots showing the start, the ride, and the fall of each surf. The director took some snipes at commercialism and competitions in general. The solid political angle has undoubtedly enriched the film for most of its viewers. 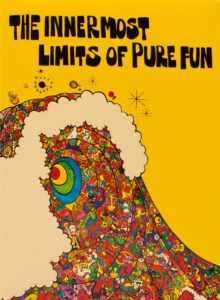 The Innermost Limits of Pure Fun is a blast of surfing and good tunes. Viewers loved how it had no corny commentary or staged stunts like in most surf flicks nowadays. This time capsule brings you historical facts about the shortboard’s evolution.

Another interesting point of this surf movie is Greenough’s design style, photojournalism, and delivery process. These factors made him one of the best pioneers with water shouts. Overall, this film is excellent – surf shots and water shots, and storyline combined.

A View From a Blue Moon is the first surf movie shot in 4K. It follows the world’s most vibrant and dynamic surfer John Florence and his closest friends from his home in Oahu.

This surf movie shows how Florence faced a wide range of emotions as he was sealing his legacy as one of the most gifted surfers ever. His experience brings him to different directions with no form of burden to keep him from his goal of redefining what is possible in the ocean. 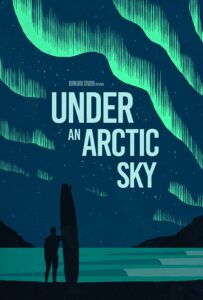 Under An Arctic Sky is a powerful documentary film about surfers who dared to take on waters that have never been surfed. In the icy land of Iceland, they took the challenge of surfing among the fjords during a rare storm that brought endless waves.

Watch how they traveled by ship across the ice, plunge into an icy sea for quick swims in their wetsuit, and find the answer to every surfer’s ultimate question – “where can you find the best wave?” See it and enjoy the shots of Iceland under the Northern Lights.

Jack McCoy spent two years following two of the world’s greatest surfers – Andy Irons and Kelly Slater. Then, there’s Dave Rastovich, a free surfer who was more about the soul of surfing. It showed excellent water footage and gave better profiling of both competitive and free surfing.

This 34-minute documentary is a classic yin and yang of surfing to compete and surfing to surf. The only adverse effect is how the viewer may want to become a serious surfer after watching. 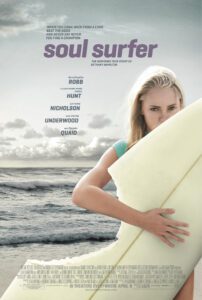 Soul Surfer is a story of 13-year old Bethany Hamilton. A champion surfer born to be in the water, she went through the harrowing ordeal of losing an arm after being attacked by a shark. Her situation had her re-learn how to do everything with only the arm left – including how to surf.

This movie surf focuses on Bethany’s calmness and faith in God. Aside from being one of the most famous surf movies, Soul Surfer is also noted as one of the best faith-based films that has been commercially released.

This visually spectacular surf movie is a documentary about surfing directed by the same name that directed and produced The Endless Summer – Dana Brown. The visuals from this movie will send you into a dream state.

All thanks to the surfing footage from famous pipelines – the beaches of Vietnam and some of the world’s largest waves at Cortes Bank. Step Into Liquid featured more than a couple of dozens of surfers, old and young. 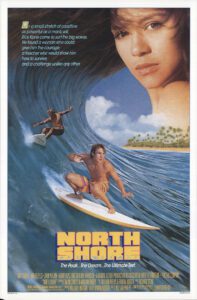 The North Shore of O’ahu houses one of the most famous surfing spots – the Banzai Pipeline. The story revolves around a young man’s realization of his dream when he finds out there’s more to the North Shore than surfing.

After Thicker Than Water in 1999, Kelly Slater made a trip to Indonesia and made sure he had Jack Johnson accompany him. Johnson films Kelly and the other surfers present in the journey, including Rob Machado and Shane Dorian.

The September Sessions is a 40-minute documentary following Kelly Slater during a significant change of his life following his retirement from the ASP (The Association of Surfing Professionals) circuit. This included the trap of endless trade shows, store openings, and poster signings 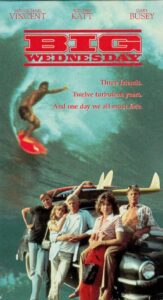 Big Wednesday is a surf movie about three young rebellious and carefree California surfers in the 1960s. Later on, they realized they must face the fact that their world is changing and becoming more complex and less answerable by simple solutions.

This surf movie is a homage to the time John Milius spend in Malibu during his youth. Despite that, the surfing scenes used in the finale were not filmed in California, where the film is set, but at Sunset Beach in Pupukea, Hawaii.

Surfing is one of the sports that feels exhilarating to watch for its fluidity. The action is best captured in film. Sure, photographs can be lovely, but more often, it doesn’t do it justice, especially that surfing’s constant companion is the ever-moving waters.

Hopefully, you find the surf movies to binge-watch this weekend. Friendly reminder – we are not responsible for any sudden surf trips booked after seeing these surf movies.

Q: What was the first surfing movie?

A: In 1906, in the middle of the aughts of the last century, Thomas Edison sent the pioneering cinematographer to shoot an “Actuality” documentary about life in the Polynesian Islands. This is the first surf movie ever filmed as it captured moving pictures of surfers riding in waves.

Q: How do you shoot surfing

A: Surfing is understandably the hardest to shoot. Its constant movements can be a challenge to capture both in photos and videos. In addition, the person who documents should be able to keep up with the surfer, too. Thankfully, with the technology we have now, filming is easy with GoPro cameras that can be integrated with the surfboard or handheld.

Q: Are there any surf movies on Netflix?

A: Yes. Netflix has an original short documentary about a suicidal war veteran who found healing through surfing. Plus, there are other movies you can check out like Fishpeople, Dogtown and Z-Boys, Radical: The Controversial Saga of Dadá Figueiredo, Magnetic, Bethany Hamilton: Unstoppable, Rip Tide, and Solo.