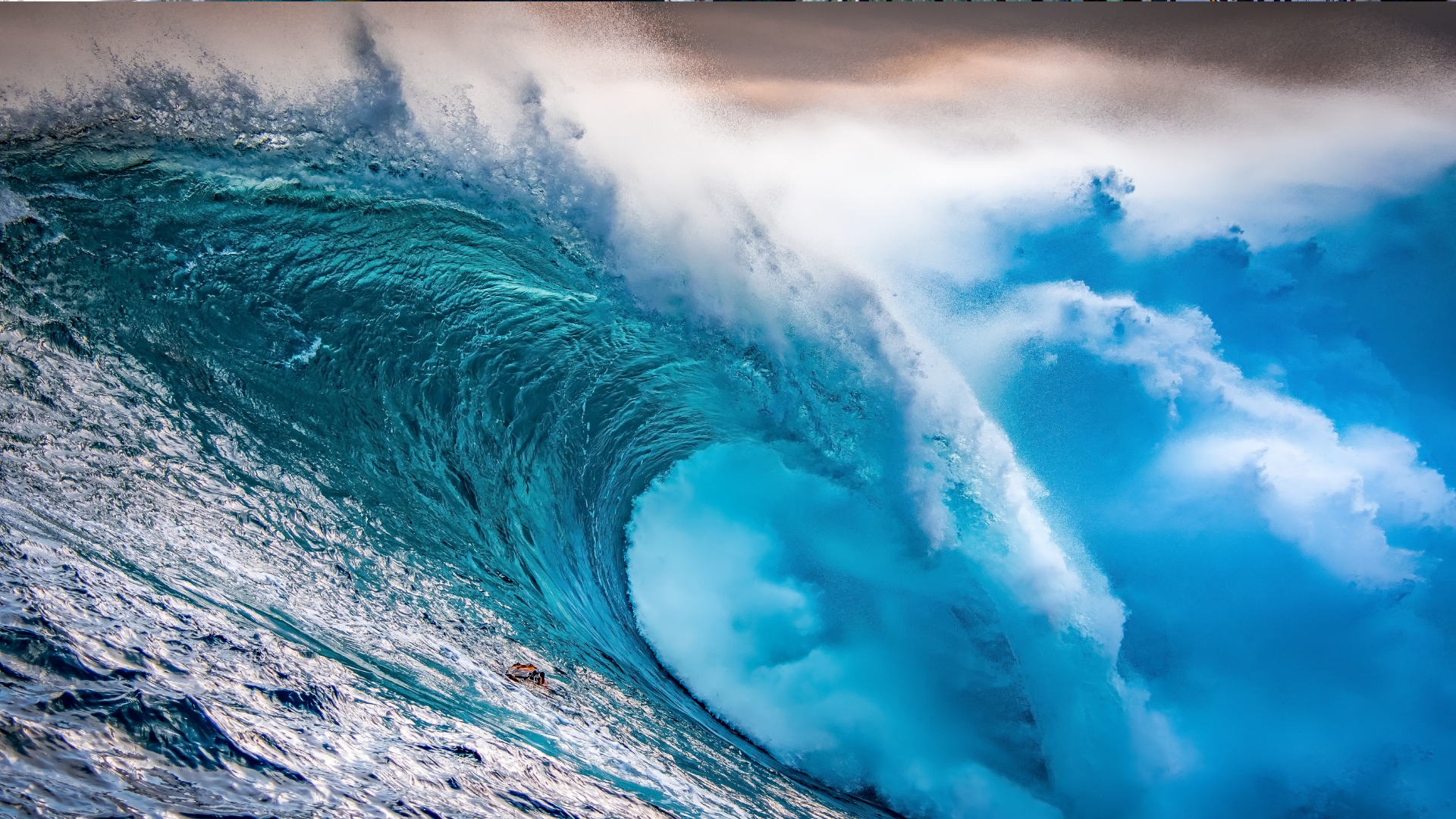 Big wave surfing is not for the faint of heart. With waves starting at 20-foot and limited only to the sky, adrenaline junkies and big wave enthusiasts pride themselves on finding and conquering some of the world’s best big waves. With breaks such as Mavericks, Pipeline, Puerto Escondido, and Nazare, the globe is not short of monstrous breaks.

The following is a list of a few of the world’s best big wave surf spots, where to find them, and just how raw they can really be.

When surfers think of shark-infested, ice-cold winter waters, with 30-foot waves breaking overhead, Mavericks is often the first break that pops to mind.

Working best on a winter swell, Mavericks has become one of the best known, and most dangerous breaks ever surfed.

This wave closes out when it reaches approximately 30-foot, but provides more punch than a bus going full speed down a highway.

Pipeline is possibly the most dangerous surf break on the planet. Claiming the lives of seven surfers (that are known of) since the 1980s, this raw, hollow wave will send you crashing into a sharp coral reef when you make the slightest error.

Typically averaging 6 – 9 feet, this pipeline is not an easy wave to ride.

Double the wave size when the correct conditions arrive and you have a beast that’s not easily tamed.

Pipeline, although dangerous, is one of the most famous known surf breaks and is constantly overcrowded when it is working, except during competitions such as the Billabong Pipe Masters and the Da Hui Backdoor Shootout.

A legendary surf spot located on the Northshore of O’ahu, Waimea Bay is considered by most as the birthplace of big wave surfing.

Home to the big waves surf and lifeguard legend Eddie Aikau, Waimea Bay is a tranquil beach paradise with warm water and flat oceans until the winter swell begins to roll in and the conditions are flipped on their head.

It is not uncommon to find 20-foot waves at Waimea during the winter months. This spot is incredibly popular and often overcrowded when waves are smaller.

As the swell picks up, however, fewer and fewer surfers dare to make the paddle out.

Each year the “Eddie” is held at Waimea to honor Eddie Aikau for all he did for the community by doing what Eddie did best, surf big waves.

Possibly the largest, heaviest, and fastest wave in the Pacific Ocean, and without a doubt, the most famous, Jaws is a break that very few surfers have and ever will surf.

Jaws is a finicky wave that can turn from a big wave surf paradise to a washing machine of death in a few moments with the smallest wind or swell direction change.

Jaws was first surfed in the 1900s and is the birthplace of tow-in surfing, thanks to the legend Laird Hamilton and his crew.

Teahupo’o may not be the biggest big wave spot in the world, but it certainly may be the heaviest, and has, without a doubt the thickest lip around.

Teahupo’o was first surfed in 1986 by bodyboarders Mike Stewart and Ben Severson and in 2000 became the location of the heaviest wave ever surfed when Laird Hamilton dropped into a wave now known as the Millennium Wave.

Although there has only been a single recorded death at Teahupo’o, it is still listed in Transworld Surf’s list of “Top 10 Deadliest Waves” and pays true homage to its translated name “to sever the head” or “place of skulls.”

If you are looking for the biggest surfable waves in the world, then there is nowhere else to look but Nazare, Portugal, specifically Praia do Norte.

Breaking over a deep undersea canyon, Nazare is home to the biggest waves to ever be surfed.

The current official world record for the biggest ever surfed wave is 80-foot and was conquered by Brazilian big wave surfer, Rodrigo Koxa, although António Laureano claims to have surfed bigger.

Strange as it may seem, there have been no surfing-related deaths at Nazare, but this could be because of the incredibly small number of surfers who dare to step foot in the ocean with these monsters.

Located 30 kilometers off the coast, Shipstern Bluff, also known as Devils Point or Shippies, can only be accessed by boat, jet ski, or a two-hour hike through the Tasman National Park.

Shipstern Bluff is one of the wildest and most dangerous breaks around, not only because of its massive waves that break in steps within themselves (Mutant Steps) but also because of the location’s high tendency to attract great white sharks.

This wave is so raw and powerful that it is not uncommon for surfers to generate speeds of up to 50 km/h.

One of the most hyped, but least surfed waves in the world, Cyclops, although a relatively new wave in the surfing world, has quickly made a name for itself among big wave enthusiasts.

This wave is said to be near impossible to surf with its huge waves breaking over a shallow watered reef.

Similar to the way Shippies have steps, Cyclops folds in on itself making multiple drops along the ride.

Because of its raw, untamed, and unpredictable break, Cyclops is favored by bodyboarders, although, this is not to say big wave surf enthusiasts do not give it a run for its money.

Commonly known as the “Mexican Pipeline” , Playa Zicatela sees consistent waves year-round, with the biggest swell coming through in November.

The Mexican Pipeline is considered one of the top 10 waves in the world and is no place for new surfers when the swell is rolling in.

This waveforms so perfectly that some say that Pipeline should perhaps be called the “Hawaiian Pipeline ” after Playa Zicatela’s perfect tubes.

Dungeons are the main big wave break in Cape Town and the epicenter of South Africa’s big wave surfing community.

First surfed in the 1980s by Peter Button and Pierre De Villiers, Dungeons became home to the Red bull big wave Africa competition between 1999 and 2008, although due to its inconsistency, the competition only took place 4 times over this period.

The global Billabong XXL Biggest Wave Award was also won by Twiggy in 2009 at Tafelberg, the furthest out section that makes up dungeons.

Mullaghmore Head is one of the top ten big waves in the world but surfed only by a handful of professionals.

Capable of holding the biggest waves in the Atlantic Ocean, Mullaghmore is quickly becoming a popular destination for adrenaline chasing big wave surfers.

The first-ever big-wave surf contest was held at Mullaghmore by Billabong in 2011 and has since made home to several Billabong XXL Wave of The Year nominations.

When it comes to giant waves, planet Earth has no time to waste. With breaks as heavy as Jaws, as big as Nazare, and as raw as Teahupo’o, big wave surfers have every opportunity to get stuck deep inside a monstrous tube.

If you are an advanced surfer looking to up the intensity then searching around the world for some of its biggest waves may be your next surfing adventure.