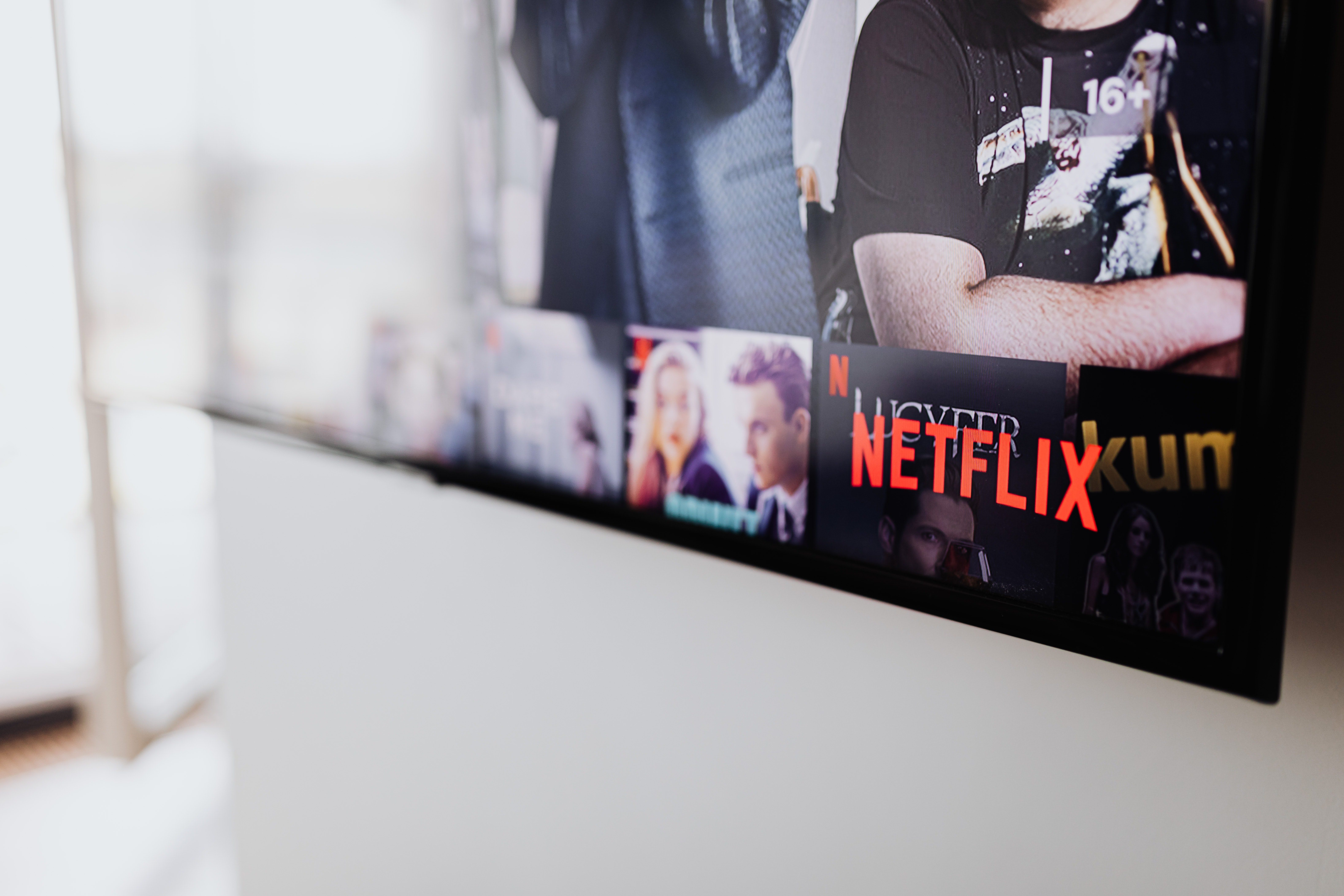 Subscription-based streaming services are now very much part of our everyday entertainment sources. The wide variety of award-winning TV shows, movies, anime, and documentaries keep us entertained anytime we want to. Not to mention the pretty new and far-between surf movies that you can enjoy.

We did some Netflix surfing and found you ten of the best surf movies on Netflix that you can binge-watch.

The beauty of the ocean, the excitement of riding the waves, the sport’s humble origins, and surfing’s undeniable attractiveness are what fans who haven’t even stepped on a surfboard love surf movies. As a result, the US entertainment company Netflix has increasingly incorporated more surf movies in its catalog. 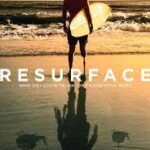 This 26 minutes Netflix-produced documentary managed to pack in so much – the beauty of surfing, the horrors of war, and all the emotions in between. Be sure to have a napkin ready as it takes you on a journey of exploring a unique solution to the growing veteran health crisis.

This surf movie on Netflix is a brief but powerful peek at the unadulterated realities many people face as they return home after service. It shows a variety of wounded fighters, but Lane is the through-line. Lane has PTSD and takes loads of pills to get through the day.

The film features the beaches of Santa Cruz, California, which is home to the young veterans who, like Lane, suffer the mental, emotional, and physical scars of their combat. Resurface is about how they participate in Operation Surf – a surf therapy program in which veterans are taught to surf and rediscover the sense of joy and hope in life. 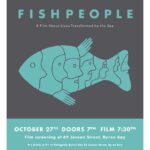 Keith Malloy’s Fishpeople is a love letter to the ocean told by snippets of people whose lives have been defined by their connection with the sea. Filmed in golden light locations, including Tahiti, Hawaii, and Australia, the shooting dives above and below the water.

Such filmmaking captures shafts of light shooting into the bluest depths, and afternoon sun diffused through packed green walls and thundering of whitewash. Fishpeople is both a heartwarming movie and eye candy.

Every character’s riveting and emotional stories were featured best during the sections that focused on their hardships. Despite that, this movie shows the beautiful connection of people to nature, especially nowadays when everything feels like it has turned upside down.

3. Under an Arctic Sky 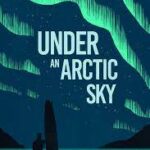 The worst storm to hit Iceland in twenty-five years is about to arrive, but six surfers braved to set sail along its frozen shores. Watch this surf movie on Netflix as it tells about how the surfers endured the constant darkness and stormy seas.

Their adventure not only had them discover perfect waves but allowed them to make history by surfing under the northern lights. It gave its audience the sense of how Mother Nature is always in charge.

While Iceland isn’t necessarily a place you’d think of when you talk about surfing, this movie definitely made it an exciting surfing destination. Anyone will appreciate how the trials and tribulations of the surfers have been documented. 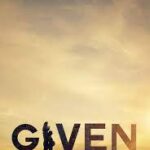 A humbling and award-winning surf and adventure movie, Given is a visual narration of a six-year-old boy’s visceral experience. The main character, Given, follows legendary surfers Aamion and Daize Goodwin from their island home of Kauai to fifteen different countries. These travels are their quest for surf and fulfillment of a calling handed down through generations.

The movie shows wave after wave of stunningly visual sceneries while Given blooms into a tender yet stirring exploration of respect for nature.

Given is an inspiring and profoundly moving surf movie on Netflix that offers viewers a humbling contrast of a small voice journeying through a big world as it finds its way home again. 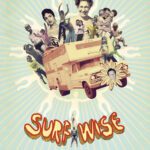 Surfwise is more than just another surf movie on Netflix. This film, directed by Doug Pray, chronicles the fantastic journey of “Doc” Paskowitz, his nine beautiful kids, and his understanding wife, Juliette. It was their life as they lived off the earth while teaching people how to surf.

The Paskowitz traveled around the country in a 24’ cramped trailer, with each eating healthy and every kid getting homeschooled. All while surfing every day and staying below the radar from malingering officers.

You would think that the dysfunctional upbringing would result in an end game of suicides, failed marriages, or any downers, but no. Watch how, after years after, the nine kids relive their experiences from the camper and how they wouldn’t trade their growing-up years for anything. 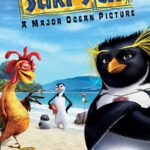 Surf’s Up is a mockumentary of a 17-year old Cody Maverick – a young northern rockhopper penguin who lives in Shiverpool Antarctica with his mother and older brother. Cody yearns to be a professional surfer after meeting the famous surfer Big Z some years ago.

In this surf movie, real-life surfers like Kelly Slater and Rob Machado have vignettes as their penguin surfer counterparts. Brannon and Buck did an excellent job parody of surfing documentaries such as the Endless Summer, Riding Giants, and North Shore.

Released mid-2008, Surf’s Up generally received positive reviews from film critics with praises for colorful animation and humor. It was nominated at the 80th Academy Awards for Best Animated Feature. Ten years after, its sequel titled Surf’s Up 2: WaveMania was released. 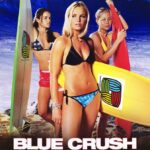 This 2002 surf movie on Netflix is based on Susan Orlean’s 1998 Outside magazine article, “Life’s A Swell.” It tells the story of three friends whose intense passion for surfing is to live the ultimate surfing life on Hawaii’s famed North Shore.

Blue Crush shows something most surf movies don’t – that most non-pro surfers put up with blue-collar jobs as a way to support their surfing. Surfers in most surf movies have customarily been golden boys and girls riding the waves to Beach Boys songs, living on air. Blue Crush shows that there is nothing like a tan and a bikini to overcome class distinctions despite near-poverty.

The movie scenes are well-photographed – from the shores and waves to the hotel rooms where the three maids work when they aren’t surfing. Overall, it’s one surf movie on Netflix you shouldn’t settle for what you think has a predictable outcome.

Rip Tide is a movie that centers around the life of a New York model who decides to escape from her suffocating existence by visiting her faraway aunt in Australia. She arrives at the sleepier climes of the Australian beachside and gets welcomed by a laidback community.

Family and coming-of-age movies with a dash of surfing make Rip Tide easy to watch. This feel-good flick elicits positive and uplifting emotions. While the story seems all too familiar, it didn’t fail to integrate its message of having the viewers look inward and unto their own situations.

If you are a fan of fashion and surfing, this surf movie is for you to watch on Netflix. 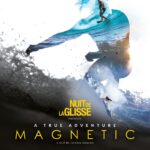 The advent of GoPro and drone cameras fills this film with footage of extreme sport documenting big mountain skiing to speed surfing through narrow canyons. The filmmakers did it all too well that you only wished you could join them, especially that we have been inside for too long.

Magnetic allows you to experience the thrills of a multitude of extreme sports first-hand. The handful of athletes in the movie let you in their eternal quest for the perfect moment. Its stunning visuals, serene music, and beautiful background make the documentary entirely worthwhile.

See this surf movie on Netflix if you’ve missed traveling to remote locations, including New Zealand, Pakistan, and the Islands of Tahiti. Overall, Magnetic may not have been very well known as a surf movie, but it definitely is worth watching. 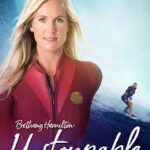 You may have heard about Bethany’s story over and over again. Still, it never gets tiring how she triumphed over getting her left arm bitten off by a tiger shark when she was thirteen pulls out an emotional power that can’t be denied.

Bethany’s sunny disposition never disappeared from the hospital bed, where she said she was glad it was her and not her best friend Alana to becoming the media darling and appearing in multiple talk shows and TV shows.

The surf movie on Netflix also tackles how she competed for the world championship even when she just gave birth four months prior.

Other Surf Movies on Netflix Worth Watching

All of the movies mentioned above are currently streaming on Netflix. All there is left for you to do is to grab that popcorn and find yourself a comfortable seat. The good thing about watching these films on Netflix is that you’re sure they are commercial-free, the streaming service is user-friendly, and it only offers high-quality originals.

You can also download these movies and watch them when you’re stuck in places without a stable internet connection.

Q: Does Netflix have Soul Surfer?

A: Soul Surfer was added to Netflix and became available for online streaming on May 17, 2020. But, this selection was removed May 1, 2021 along with other movies like War Horse, Julie and Julia, and Sherlock Series. Bethany Hamilton: Unstoppable is still on and it’s a fairly relatable movie with the same storyline.