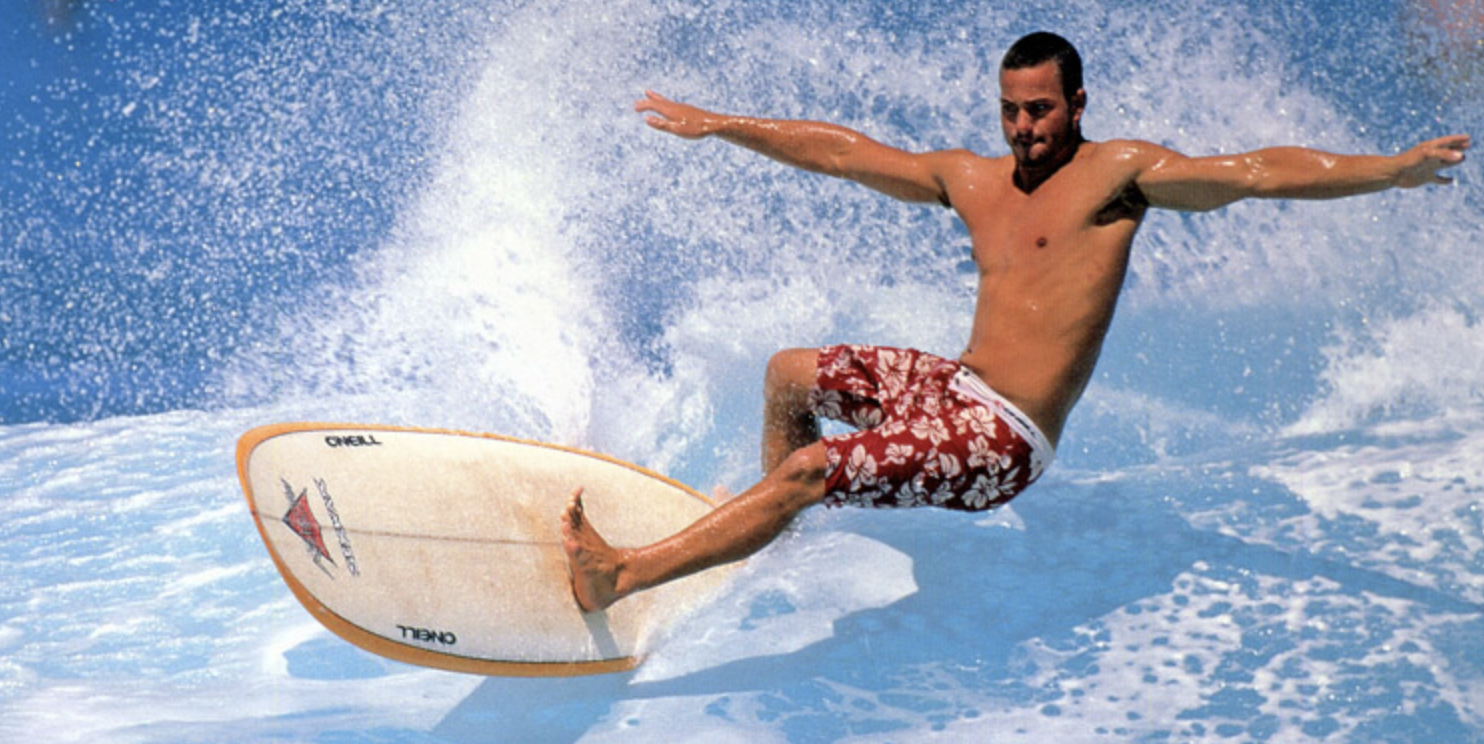 A Californian legend and focus point of the unforgettable surf film “Chasing Mavericks”, Jay Moriarity is a name that every surf lover has heard of and come to respect.

During his short life of only 22 years, Jay made a name for himself as the youngest person to surf Mavericks at the time, and a spirit that everyone in the community welcomed with open arms.

Jay was not only loved for his confidence and skill in the water but was said to always be happy, stoked, and considerate to everyone around him.

The Early Life of Jay Moriarity

Shortly after his birth, Jay and his parents moved to Santa Cruz, California, but little did they know about how much of an effect it would have on the future of Jay’s life.

Living in the home of some of the world’s best surf, Jay quickly picked up the sport and surfed his first wave at the age of nine at the well-known break, Sewer Peak.

Jay became a well-established longboarder and a well-versed shortboard rider. Not only was Jay skilled when riding a board, but was known to be a strong paddler and swimmer.

“They were talking about big waves, and Frosty was talking about Mavericks. From that day forward, I just pretty much went berserk about it.”

“I was always trying to figure where it was. Every day that’s all I could talk about, and I hadn’t even surfed the place or seen it.”

It was clear that Jay had become obsessed.

When Jay was only 13 he embarked on a life-changing, physical, and mental journey with his newfound mentor, and future dear friend, Frosty.

This unlikely duo of a 13-year-old Moriarity and 45-year-old Frosty would spend the next two years training for Jay’s first ride at Mavericks.

Frosty not only taught Jay how to ride large waves, but put him through an extensive training program where Jay would need to study waves, breaks, and currents, write multiple essays on each topic, do nothing more than paddle for hours on end, and practice visualization techniques.

Frosty made it his biggest priority to ensure that Jay had all the possible training before facing the challenge that is Mavericks.

It was in April 1994, two years after they began their training that Jay and Frosty made their history together.

At the age of 15, Jay faced his first paddle out at Mavericks and dropped in on his first wave.

Riding a wave between 15 and 18 feet, Jay said “It felt like I had climbed Mount Everest or won a gold medal at the Olympics.”

Jay further tried to explain the way it made him feel by saying “You really can’t explain it. The two years before that, I’d been working up to it, and it was kind of a dream come true. You just want to scream. It’s the best feeling ever.”

Although Jay had already defeated the odds by not only being one of the only people alive to have surfed Mavericks, but also the youngest, his true moment of fame did not come until December 19, 1994, only eight months after his first wave at Mavericks.

When arriving at the break, the waves were monstrous, the wind was fierce, and there were photographers everywhere.

Being the fearless character that he was, Jay paddled out and dropped in on a monster wave.

Unluckily, Jay was caught in the lip and free fell 40 feet.

This massive wipeout was caught on camera and later nicknamed “The Iron Cross.”

This iconic wipeout made the cover of Surfer magazine’s May 1995 issue and truly brought Jay to the limelight of the surf community.

Jay married his long-time girlfriend Kim, in 2000. Kim and Jay had been together since Jay was being mentored by Frosty, and stuck with him, showing support until the end.

A year after being Married Jay Moriarity would surf his last wave at Mavericks.

According to Jeff Clark (a big wave surfing pioneer), Jay’s last wave was one of his best.

Jay dropped into a deep, dark, behemoth of a tube, showing why he was and remains at “legend” status.

Jay was preparing to become a firefighter and had recently finished his EMT Entrance Examination at Cabrillo College when everything changed.

The End of a Much Too Short Era

Jay Moriarity’s short, but influential life ended on June 15, 2001, a single day before his 23rd birthday.

No one knows exactly what happened to Jay, but it is believed that he experienced a shallow water blackout (a common danger faced by freedivers where the diver loses consciousness after a long breath-hold).

When Jay did not come home for dinner after his breath-holding training, a search party was sent to the beach on Lohifushi Island, where he was last seen.

Jay was supposedly found at the bottom of the ocean sitting with his eyes closed in complete peace, almost as if he had simply chosen not to go up.

As expected, Jay’s death came as a shock to his friends, family, and the entire surfing community.

Although Jay was no longer alive, local surfers made an effort to maintain his name.

“Live like Jay” was painted on a wall in Santa Cruz by local surfers after Jay’s passing.

Jay was an inspiration in the Californian waters as surfers tended to be cold, unfriendly, and serious, but this was not who Jay was.

It is said that Jay was always smiling in the lineup, cracking jokes, and spreading both stoke and love.

“Live like Jay” is a reminder to appreciate all the wonders of the world, charge life like Jay charged Mavericks, and that it is through connections with others and our surroundings that we truly shine.

In short, Find what you love, be true to yourself, and follow your passions.

Even though Jay’s life was short, he managed to touch and inspire countless lives with his devotion, kindness, stoke for life, and love for surfing.

It is unlikely that the surfing world will ever forget the name, Jay Moriarity.