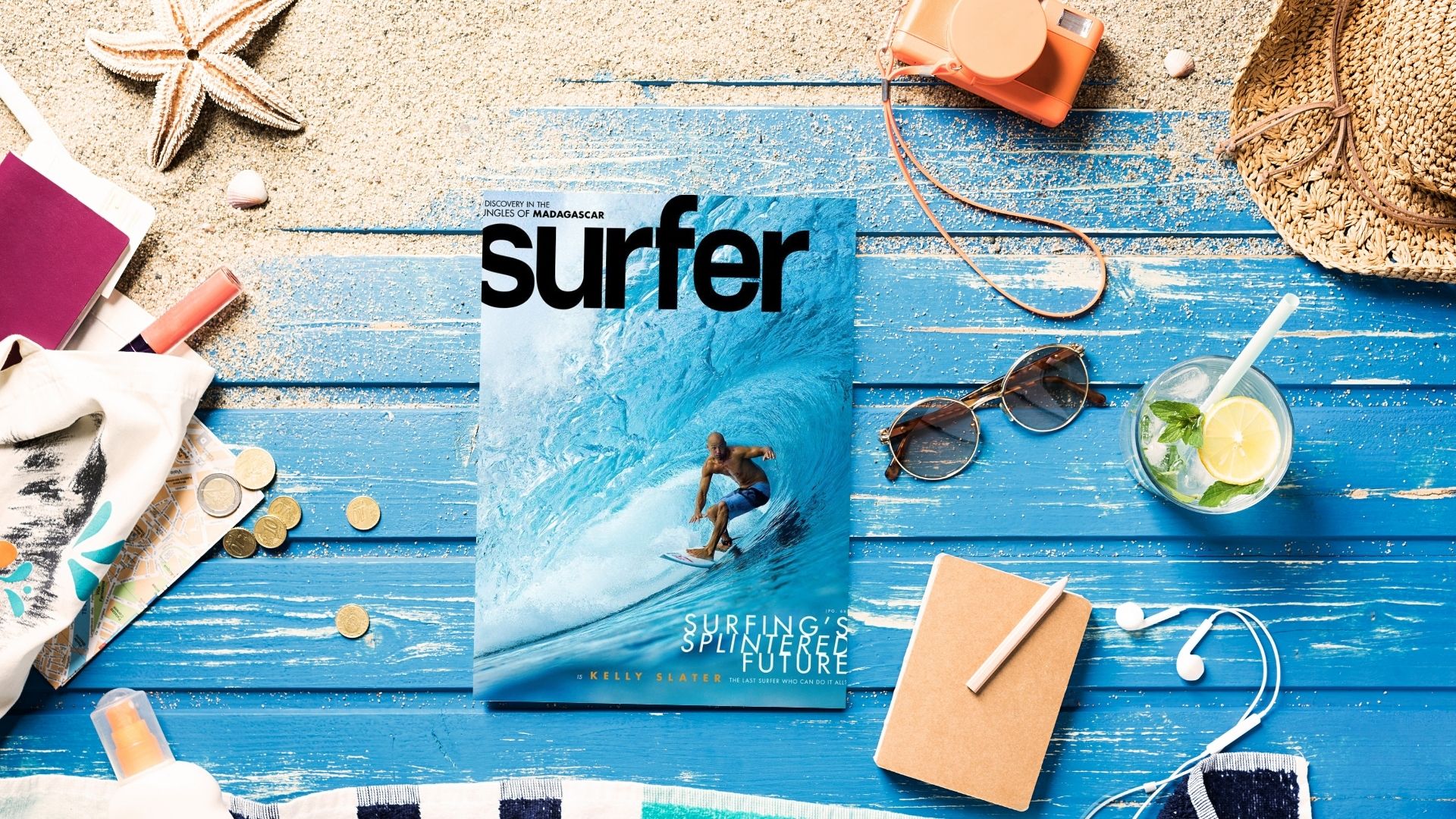 Before the advent of digital media, the only way we get in touch and updated with the surfing world was to get a copy of the latest surf magazine from the local newsstand or a friend. We treasure and store these paper publications safely in our storerooms or proudly display them on our coffee tables. The ever-changing technology and the birth of the internet resulted in just about anyone being able to start an online surf magazine, including you. But, to look back to those days when we’d happily smell the fresh pages of the magazine and to find out which of those weeklies we should follow online these days, we are bringing you five of the best surf magazines that never get old.

In case you didn’t know, there is a website solely dedicated to identifying and tracking all surf magazines launched from at least forty countries with surfers and surf-related topics on the front cover. Al Hunt, a huge surf fan, started allsurfmagazines.com with all of this information.

According to Hunt, the early references to surfing were included in relatively few books and general interest magazines like Harpers Bazaar in 1873, Outside in 1908, and Mid-Pacific in 1911. But, no magazine mainly focused on surfing.

It wasn’t until 1917 when an Australian publication produced “The Surf.” This magazine came out every Saturday starting December 1st, 1917 and in all, there were 20 issues of it published every week until April 13th, 1918.

The Surf was in newspaper style and print, and the only known copies of these can be found in the Mitchell Library in Sydney, Australia. Its weekly columns tackled all aspects of beach life, including board riding around Manly, a beachside suburb of Sydney, the venue for the first “World Surfing Titles” in 1964.

From then on, surf magazines have sprung year after year, and Al Hunt documented them all in his collection.

Surf magazines are a big part of surfing history. In their pages are the details of the surfing lifestyles – how it evolved and has helped build the concept of surf culture for decades. Here are some of the best surf magazines from then and now. 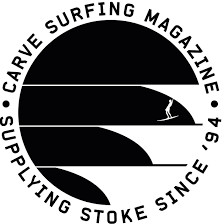 Founded in 1994, Carve Surfing Magazine is the UK’s best-selling, most significant, and brightest surf title. This surf magazine features bleeding-edge surf photography, top-notch features, and all the best bits you can find in the surfing world.

Carve Surfing Magazine is your first stop for the latest surfing news, surfing videos, travel, wetsuit, and gear guides. In 2019, Carve celebrated 25 years in the industry. Throughout the 25 years, they have featured more surfers from more areas across the UK and Eire than any other surf media has.

Surfer Magazine has been in circulation since 1960. Its long history of delivering on the promise earned them the moniker of being The Bible of the Sport. The promise at stake was simple – to offer their audience a slice of the entire surfing world with every issue.

Their issues never fail to present an array of provocative and insightful editorial features, revealing interviews and, most of all, their award-winning state-of-the-art surfing photography. Surfer Magazine is legendary and has helped shape surf culture as we know it. 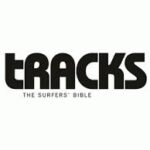 Tracks Magazine is a monthly Australian surf magazine that has been around since 1970. Published by Nextmedia, it promotes itself as “the surfers’ bible.”

This surf magazine started as some sort of counterculture tabloid, printed on newsprint and produced on Sydney’s northern beaches. Since then, this magazine grew as a significant surfing publication.

One of the most loved sections was the cartoon series “Captain Goodvibes,” which Tony Edwards, an Australian cartoonist, came up with. This section was first published in May 1973 and became a regular until July 1981.

Surfing Life has been the premier Aussie source of all things surf-related since 1985. In 2001, Morrison Media publisher and General Manager Craig Sims purchased this publication and continued with the issues month after month.

Nowadays, the publication keeps up with the digital trend by getting its audience all the surf content needed online. It still offers print, but the publication’s commitment to helping the environment limits printing when it only needs to print. 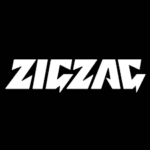 It only took a meeting with the publisher of a Hawaiian tabloid magazine named Backdoor to inspire producing the Zigzag magazine. This surf magazine was founded in 1976 with its original team, Paul Naude, Mike Larmont, and Doug MacDonald.

The publication, like most companies, experienced roller coaster periods, especially during global economic recessions. In 2008 and 2009, they had to negotiate major staff retrenchments, among other things. But, fast forward to today, it remains South Africa’s most successful surfing publication.

Finally, a surf magazine dedicated to the women of surfing. Surf Girl was founded in 2002, targeting women of all ages and abilities who are significant about surfing and surf culture. This women-oriented surf magazine featured news, travel articles, interviews with professional surfers, surfing tips, beauty and health advice, and fashion.

This publication is distributed quarterly to an international audience. Currently, it is published by Orca Publications, the same publishing company that runs Carve Magazine. 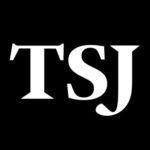 The Surfer’s Journal is a unique periodical based out of San Clemente, California. Founded in 1992 by Steve and Debbee Pezman, it comes out with a new issue six times a year.

This surf magazine is unique because it comes up with pages of almost entirely editorial issues with just a little over six sponsors. The editorial team leans towards delving into topics that get little attention elsewhere, covering travel quests, surfboard designs, surfer’s profiles, and the choicest surf photography in every copy. 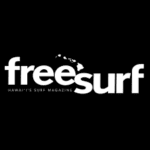 FreeSurf Magazine has been in the surf magazine industry since its debut in 2002. This publication hails from the surf Mecca of the World – North Shore of O’ahu, Hawaii. This surf magazine is dialed into the global surf community and is the top specialist on Hawaii’s surfers and beach culture.

FreeSurf Magazine is the only monthly publication produced in Hawaii that releases authentic surf coverage from the front lines and throughout the Hawaiian Islands up to Southern California. It promotes a young, free, and energetic lifestyle. 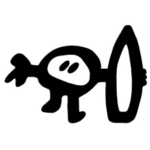 Surf Simply magazine is more than just a publication that brings you surf photography, gear, and the latest surfboards. This publication offers news and opinion from the world of surf culture, characters, competition, and coaching.

Aside from that, it teaches, and it coaches. This happens in its beautiful and all-inclusive surf coaching resort in Nosara, Costa Rica. Surf Simply’s technical surfing is taught simply that many have changed the way they think about surf camps.

Surf Magazines Around The World

There are more surf magazines and surf magazine publications around the world than you would probably expect. Some of them are distributed locally, while some are exported to different locations. All of them are worthy of being on every surf enthusiast’s surf magazine collection.

We listed down the most notable surf magazines from every corner of the world for your reference. Who knows? Surfing might take you to these places. Then, you’d know which surf magazine to pick up at the newsstand.

Surf magazines fill us in with the latest surf photos, articles, ideas, technology, culture, and juicy features about our favorites surf stars. Sure, nothing beats the excitement of flipping the pages of the surf magazine as opposed to clicking for the next page. But print or online, they both present us with everything we need to know about surfing.

Did we miss your favorite surf magazine? Tell us in the comment section below, and we’ll be sure to check it out.