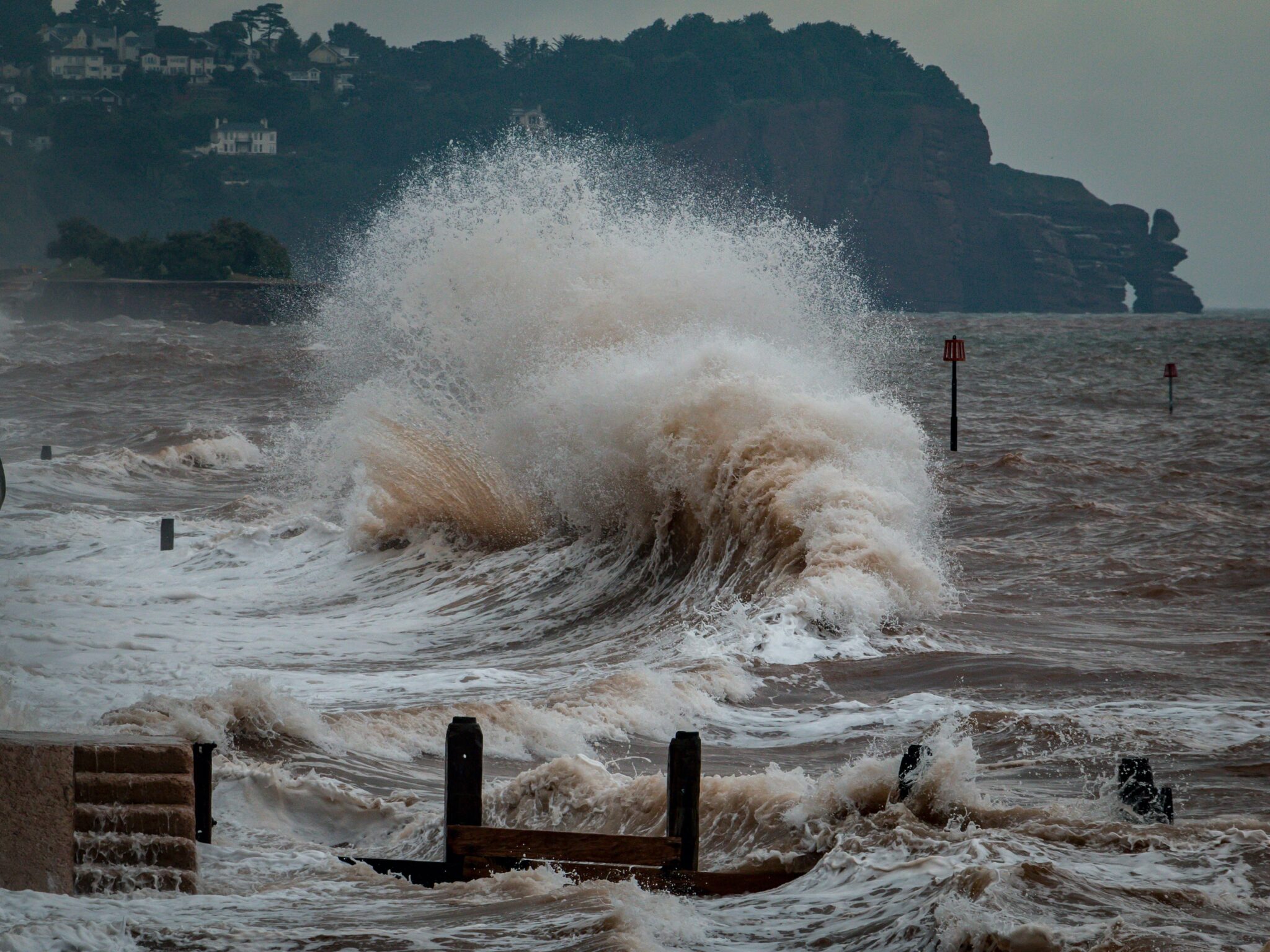 In October 2009, Chris Nel and his friends were able to ride a series of tsunami waves in Samoa. For about 45 minutes, they clutched onto their board so they don’t get smacked underwater by the turbulent waves. Luckily, all of them survived.

Now, you might have wondered if it’s also possible for you to surf a tsunami wave — however, the answer to this is a little more complicated than you think!

Yes, there are surfers who have successfully surfed a tsunami wave. But no, you shouldn’t surf against a tsunami because it’s dangerous and deadly.

Try to imagine getting rag-dolled by waves back and forth from the coast to the sea. And while you’re at it, you’re also smashing through houses, garbage, and other floating debris. Not the most ideal situation you want to be in, eh?

In this post, we’ll tell you all the things you should know about tsunamis, including the many reasons why you shouldn’t surf them. Let’s start!

What is a tsunami?

A common misconception about a tsunami is that it only consists of a single massive wave that crashes into the shore destroying everything on its way — but this is wrong.

On the contrary, a tsunami is a series of waves that can reach a height of 100 ft or more. It comes in successive sets, with the second or third waves much stronger than the first one. Once they start, the waves will keep on coming for at least an hour.

The common causes of tsunami waves are earthquakes, volcanic eruptions, landslides, certain weather conditions, and comets or asteroids impacting Earth. The sudden displacement in the water causes ripples in the water that then generates into powerful series of waves.

This natural disaster often occurs in places where there are active earthquake zones and volcanic belts such as the Pacific Ocean’s ‘Ring of Fire’. Tsunamis are also prone to several places in the United States, like Alaska, Hawaii, California, and Oregon.

The energy of the strongest swell can’t even compare to a tsunami’s force, hence why its impact zones are usually left with a huge number of fatalities and damaged properties.

The highest tsunami ever recorded occurred in Lituya Bay, Alaska in 1958, wherein a landslide created a megatsunami that reached a wave height of 1,700 ft. Surprisingly, only two people died when this wave crashed against the bay’s shoreline.

In 2004, however, an earthquake with an energy force equivalent to 23,000 atomic bombs caused a series of tsunami waves in 11 countries. This left a total of 283,000 people dead.

Can you survive a tsunami? Yes, depending on the circumstance.

The best way to live through a tsunami is by going to high ground or far inland where the water can’t reach you. If you are ever caught in one, you shouldn’t try to dive underneath or swim against it. Instead, grab a large piece of floating debris you can hold on to or climb on top of houses’ roofs.

Can You Surf a Tsunami?

Daredevils and the most hardcore surfers ride Hawaii’s monster waves, but when it comes to tsunamis, is it also possible to surf one and survive it?

Before thinking about it, first, you should know these massive waves are unlike those in Waimea or Pipeline. In Hawaii, a tsunami occurs once every year, while a severe one happens approximately every 7 years. The worst tsunami that hit this surfing destination happened on April 1, 1946, when a 30-foot wave traveling at 500 mph killed 159 people. Since the waves move fast, it’s nearly impossible to catch a tsunami wave, much more surf on it.

Tsunamis are more of a strong tide that’s coming towards the shore, and not an actual surfing wave. They don’t have crests and they are not breaking waves.

They also don’t have shoulders and faces, which means they won’t provide grips for your surfboard. Usually, they’re parallel to the beach, with only a part of it that stacks up tall.

These waves are often 100 miles long, and they travel at a maximum speed of 500 mph. They’re like an entire water column that’s continuously moving towards you, however, it provides no exit.

As a tsunami approaches land, it’s more comparable to a wall of whitewater. It’s already hard for surfers to control their boards in whitewater. So can you imagine how hard it is to actually ride these waves when they have pressure that can capsize a ship?

The first waves of tsunamis are slow and choppy, so there’s a small chance that you do get to paddle out and surf it. But as it comes towards the shore, you’ll need to ride it towards the streets, avoid cars, and find your way through houses and infrastructures.

Tsunamis also carry garbage, stuff from the seafloor like corals, and dead animals (and sometimes, even people), which makes it even harder to surf and paddle on. Sure, you might be able to surf on a tsunami wave, but chances are, you won’t be able to survive it.

Attempting to surf tsunamis is highly dangerous and can be life-threatening, so you should avoid doing this at all costs. But if you do get caught in a tsunami while you are surfing, then riding it may be your best chance at survival.

Aside from Chris Nel, Felipe Pomar and his mate Pitti Block also experienced the same fate of surfing a tsunami. However, their ride was intentional. Despite the risks, both of them agreed to ride a tsunami wave that was coming after an 8-magnitude earthquake hit Peru in 1974.

According to Pomar, the wave they surfed on had a face, which further adds to the proof that tsunami waves can be surfable, considering they have the right angle and shape.

You might be able to successfully ride the first tsunami waves coming towards the shore, but not the ones on the ocean as they’re faster, larger, and more unpredictable.

Once again, we do not recommend surfing a tsunami. Its wave force can damage buildings, and falling on it is similar to the impact of smashing into a hard wall. It can cause serious physical injuries and even death.

Big wave riders should abandon the thought and instead focus their energies on helping with the relief operations for the victims of this natural disaster instead. And if they want perfect swells and overhead waves generated by offshore winds, they should wait a few days after a tsunami occurred, not when it is currently happening.

We hope that we enlightened you on the dangers of surfing a tsunami. The experience may make for a cool story, but it is not worth risking your life and talent. If you’re a novice rider, you should be cautious of surfing big waves, as this could mean getting hurt or even dying.

Q: What will happen if you surf a tsunami?

It’s nearly impossible to surf a tsunami, but if you caught one, you’ll have to ride it through the streets, houses, and avoid smashing into buildings and trees. You might be able to survive it, however, the chances of that are quite low.

Q: Has anyone surfed a tsunami?

Yes, some riders have surfed tsunami waves and survived. In August 2007, Garett Mcnamara successfully rode a tsunami caused by a 300-foot glacier crashing in the water. There’s also Felipe Pomar and Chris Nel who were caught up in a tsunami while surfing and had to surf its waves to safety.