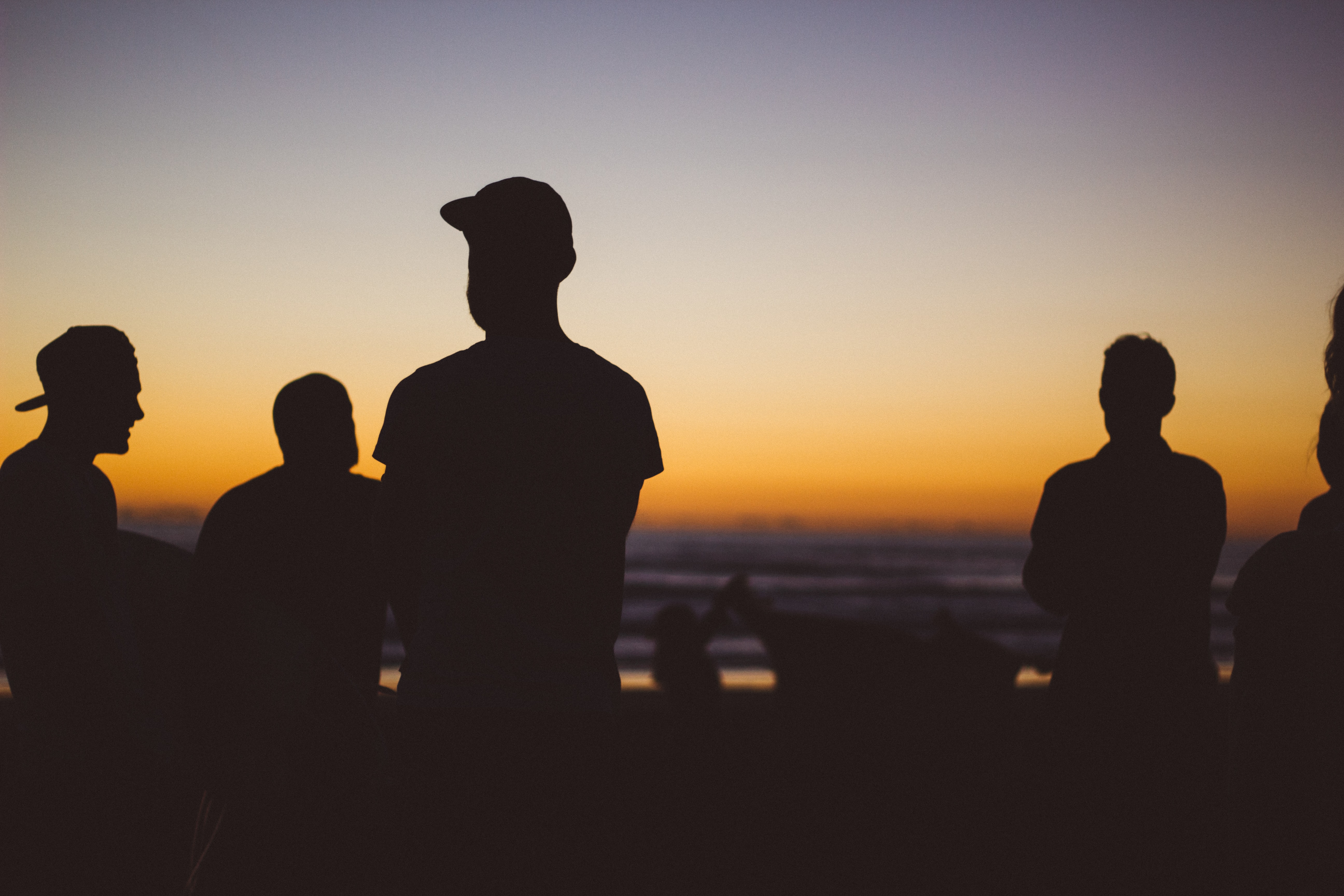 According to NOAA, the United States’ shoreline (including coastal states and other territories) is 95,471 miles long. Out of those are hundreds of public beaches. But sadly, only a few of them have sizeable waves that are perfect for surfing.

Because of this, local surfers can be territorial about their surf breaks. Surf gangs are norms in places where great waves are rare. Their members aren’t afraid to use fear and fists to intimidate tourists and surfers visiting their turf.

But surf gangs, apart from their notorious reputations, have an important role in the surfing culture. They maintain order and avoid overpopulation on local surf breaks.

In this post, we’ll let you in on the other side of surfing that not a lot of people know of. The worlds of the most famous surf gangs are complicated and dangerous, but we’ll tell you everything you need to know about them.

What are surf gangs?

Surfing isn’t all fun and games. It has a dark side, and surf gangs are right at the center of it. As a novice surfer, being caught up in their radar is something you don’t want to experience. A wrong wetsuit or kind of board may put you in a tough spot because these people will not think twice about resorting to verbal and physical threats just to intimidate you.

Surf gangs are the result of localism, or also known as the aggressiveness of locals towards the most crowded surfing spots. It started in Southern California in the 1960s wherein the locals were hostile and belligerent towards the surfers from San Fernando Valley. Over time, the natives formed their own groups consisting of all-local surfers. Their goal: to vandalize, intimidate, stir-up trouble, and incite violence to foreigners.

If they don’t like you, they’d ask you to leave the beach even before you get to touch the waters, and if you cause trouble in the lineup, it’s possible that you get into a terrible ‘accident’.

Surf gangs have caused gang wars, violence, and even death, but why are the local police not interfering with these crimes? It’s quite known that even the law enforcers fear them because they are known for taking acts of revenge and retributions.

Sure, non-locals view surf gangs as menacing and threatening, but to locals, these people are quite harmless.

The thing is, most gang fights occur because of overcrowded territories and disrespectful surfers. Surf gangs are there to act as reminders for tourists to behave on local beaches. They are there to protect and defend their beach towns and shores.

The Most Famous Surf Gangs in the World

Da Hui a.k.a The Black Shorts

The Da Hui of the North Shore, or also known as the “Club of Wave Riders” or the “Hui O He’e Nalu” in Hawaiian, sets the bar when it comes to surf gangs. They’re the original and are considered the most dangerous. And as per The Offspring’s song, “I won’t fuck with Da Hui. Because Da Hui will fuck with me.”

This surf gang is founded by Eddie Rothman, Clyde Aikau, Bryan Amona, and Kawika Stant Sr. in 1976. Today, Da Hui consists of around 400 members. They’re known for their uniform surf attire that they’ve developed later on into their own clothing brand.

Da Hui started as a club to see-through contests, but they turned out to be too aggressive to the non-native contestants. During that time, corporate businesses are slowly taking over the North Shore’s high-quality waves, and in the events being held, Hawaiians were being excluded. In order to protest, the Da Hui members paddled out the beach and refused to leave.

Because of Da Hui’s goal to preserve their beach breaks from outsiders, foreigners have always felt that they’re unwelcome on the North Shore. One incident that this surf gang is famous for is the Busting Down the Door Saga, wherein their members had beaten up an Australian surf team who disrespected their surf customs.

Although this group can be aggressive when they want to get their points across, Da Hui cares for their local community. They organize events, such as the Da Hui Easter egg hunt and the paddle racing that’s held every July 4th.

Watch this video below to see how Da Hui has influenced the surfers on the North Shore.

The Bra Boys is one of the most violent and notorious surf gangs in the world, with some of their members being charged with murder, assault, rape, and organized crimes among others.

Founded in the 1990s, the Bra Boys was formed in the suburbs of Maroubra in Australia. They are known internationally because of the documentary the members themselves have written and directed — ‘Bra Boys: Blood is Thicker Than Water’. This docu-film features their history, from how they grew up in impoverished backgrounds and lived in public housing projects. It also features how their mutual love for surfing and community connections brought them all together.

The Bra Boys’ name came from Maroubra, and ‘bra’, which is slang for ‘brother’. Members of this gang are characterized by their chest tattoos that say, “My Brother’s Keeper”, and the postcode of Maroubra ‘2035’ written at their backs. They’re known for being territorial towards the Sydney reef break ‘Cape Solander’, which they also refer to as ‘Ours’.

Koby Abberton is a talented, big-wave surfer who’s won quite an amount of awards in his career. His charm earned him a celebrity status that’s bumped elbows with other famous people like Paris Hilton and Russell Crowe.

However, like the other members, he’s also associated with crimes such as perverting the course of justice wherein he was jailed for it for nine months and assaulting an officer that cost him three days in jail. Meanwhile, his brother Jai was acquitted for his homicide case as it was justified by the court as self-defense.

In 2002, 160 members of the Bra Boys got into a brawl and injured over 44 police officers during a birthday party in a club. This event didn’t exactly earn them the greatest record, but in 2005, they surprisingly led a non-violent protest against the regulation of putting parking meters on local beaches.

Similar to Da Hui, Wolfpak is another surf gang from Kauai, Hawaii that was formed in 2001. They’re known for being extremely territorial towards the ‘Seven-Mile Miracle’, or specifically the Banzai Pipeline surf reef break.

This surf gang rose to authority just when the Da Huis are starting to keep a low profile. When the Pipeline became crowded and unorganized, they were the ones who took the initiative in implementing order in lineups. Their rule is, if you’re not good enough, then you won’t be able to paddle out. They choose who gets to surf the Pipeline.

The members of Wolfpak are not afraid to enforce their power using verbal and physical means. If you commit a crime, disrespect local culture, and don’t follow surf rules such as dropping in on other local surfers, you’ll have to deal with severe consequences. They are known to become physically violent, intimidate verbally, and do acts of vandalism.

This surf gang’s ultimate goal is to preserve the surf culture in Pipeline and to look out for the natives. They don’t consider themselves as a gang, but rather as family. Wolfpak’s motto is, “We stick together as a pack. You mess with one of us, you mess with all of us.”

Their prominent members include professional surfers like the Iron Brothers (Bruce and Andy), along with Kai Garcia, Dustin Barca, Braden Dias, and Kala Alexander — probably the most famous member because of the Wolfpak name tattooed on his fists.

Although Alexander is a professional surfer in his own rights, he’s more popular for his assault charges and celebrity status. He’s appeared in movies like ‘Forgetting Sarah Marshall’ and the reality series, ‘The 808’.

Finally, we have the Lunada Bay Boys, or simply known as the ‘Bay Boys’. This surf gang is formed in the 1960s in one of the most affluent neighborhoods in California — the Palos Verdes Estates.

The Bay Boys are known for their aggressive and violent localism, hence the reason for the multiple lawsuits charged to their group. To keep tourists away from their waves, they resort to intimidation such as throwing rocks, slashing tires, extortion, and threatening. A surfer once claimed that a member of this surf gang rammed a board into his body when he once surfed in Lunada Bay.

Although the Bay Boys’ wealthy members still remain undisclosed, rumor has it that some of the local enforcement officers are also connected with this surf gang, that’s why the police turn a blind eye or are lenient to their antics.

The Bay Boys are quite famous, too. They’ve appeared in multiple publications including Stab Magazine and The Guardian.

Surf gangs, while they are stereotyped as aggressive and territorial, are known as the protector of local beaches. They are a group of people who commands respect from the non-locals and aren’t afraid to intimidate and hassle tourists if need be.

Among the most famous surf gangs in the world are:

Bottom line is, you have to respect the surf and beach culture wherever you are. While surf gangs can be unnerving, they won’t cause you harm if you know how to play by their rules.

We hoped this article has enlightened you with how localism works in places where there are surf gangs. If you’re interested in knowing more about the culture of different surf towns, read this article here.

Yes, surf gangs have a reputation for assaulting and harassing tourists who visit their local beaches due to surf localism. Some complaints filed against them are vandalism, verbal and physical intimidation, assault, rape, murder, threatening, and extortion. However, there are surf gangs that try to change their image by helping in beach clean-ups and leading non-violent protests.

Q: Are there surf gangs in Hawaii?

Hawaiians are known as territorial; therefore, surf gangs are common in Hawaii, specifically in North Shore where the big waves are. Overall, there are 140 street gangs on this turf, but the most famous ones here are Da Hui and Wolfpak.