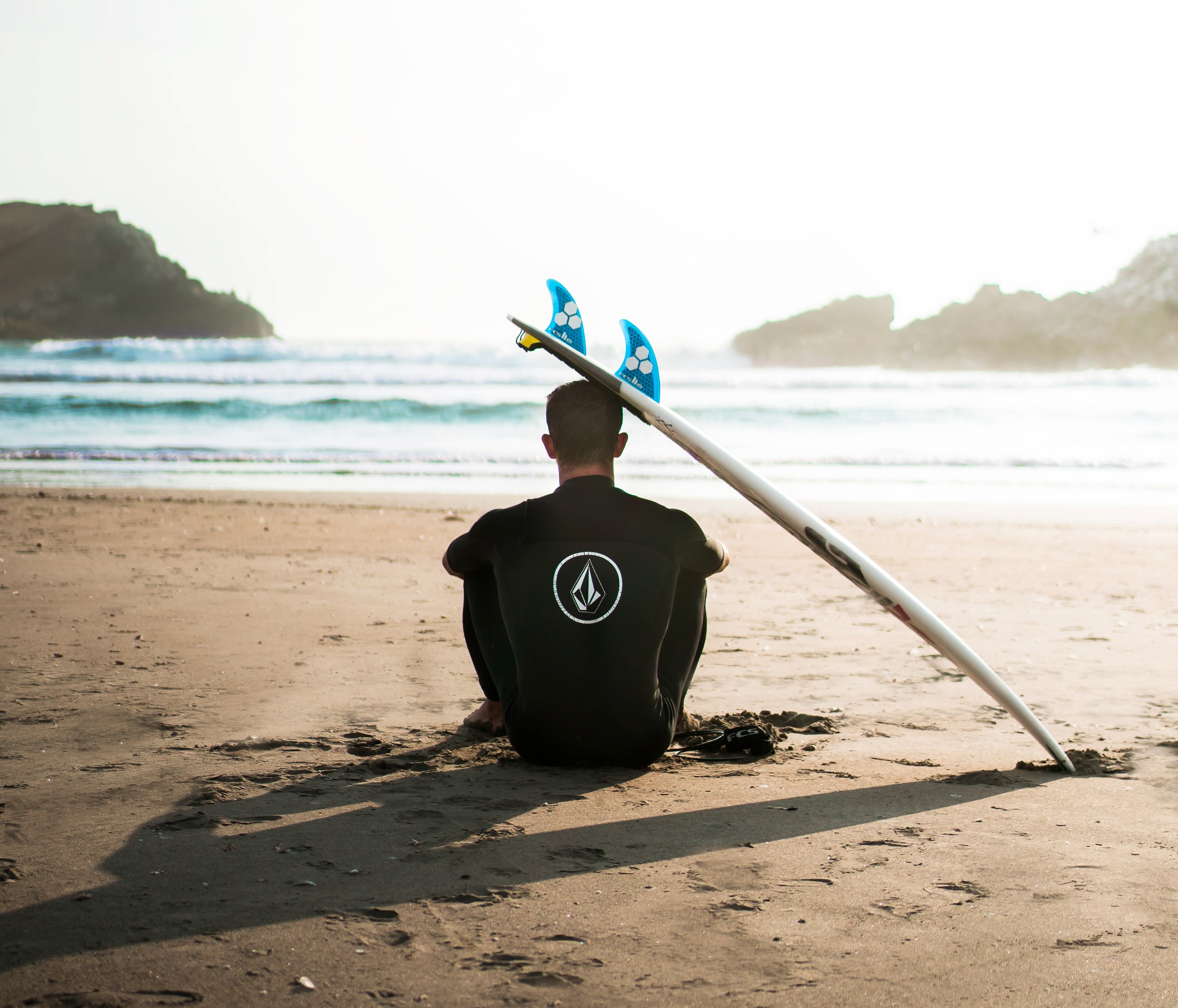 A good friend of mine once said, “There will always be a kook or a grom in a lineup. If you don’t know who they are, maybe you’re it.”

As I think of those words today, I reflect on my actions and wonder about how my peers think of me while surfing. Do I act like a kook in the lineup during my bad days? Did I ever dress like one? Was I ever a grom when I was starting? What exactly is the difference between a kook and a grom, anyway?

Surf slang and terminologies can be confusing if you’re new to the surfing world. That’s why in this article, I’ll be talking about certain factors that may label you as a kook or a grom, how you can spot them at the beach, and the basic etiquettes of surfing you should always follow.

What makes you a kook?

Contrary to what others know, surfers are a friendly and welcoming bunch. We don’t just call people kooks for no reason, and matter of fact, we like to encourage people who want to learn surfing. That said, being a newbie surfer doesn’t instantly make you a kook.

Being referred to as a kook isn’t exactly what you want to be associated with in the beach lineup, as surfers often use it to poke fun at someone. It’s a term that’s kind of similar to a poser, but since the latter doesn’t exactly surf as they just ‘pretend’ to know how to, kooks can be considered as a more derogatory term.

Generally, a kook is an inexperienced person who often gets in the way of other experienced surfers. They often interfere with the lineup, causing aggravation to others, at the same time disregarding surfing etiquettes and other surfer’s safety. But while the newbies are often referred to as such, surfers of any skill level can be also called as such if they’re acting like one.

Kooks are people who pose danger and threat to other surfers. Since they don’t know (or maybe they do know, they just don’t follow) the basic rules in surfing, they’d drop in on other surfers without batting an eye or snake their way in the lineup while staring at you. Even if they bail out and their boards hit other surfers because they hate wearing a leash, they simply don’t have a care in the world.

Oftentimes, kooks don’t know that they are, indeed, kooks, because they have a distorted perception of their real abilities. They think they’re good at something, but they’re really not. They’d often claim they can do barrel turns and cutbacks, but ask them to do those things and they’d just look like a drowning buffoon in the water. They are also amateur surfers who pretend to be an expert in surfing slang, but they often use words in the wrong context or they exhaust the terminologies in one sentence to the point that it’s cringey.

How to Spot a Kook

Since the obnoxious world of being a kook is vast, there are many ways on how you can be considered as a kook by other surfers. If you’re worried that you’re one of them, it’s time to assess yourself and make some changes in your habits. In the list below, you’ll find some tell-tale signs of being a kook and how to spot them at your local beach area.

Last but not least, if you paddle out in a lineup where everybody seems to know one another, then they probably think of you as the kook. Check out this video complication below of some kooks you wouldn’t want to be around with in the beach lineup.

What makes you a grom?

While being referred to as a kook can be taken as an insult, getting called a grom can be considered as a compliment — that is, if you’re under the age of 15.

Grom, grommie, or grommet are terms used to compliment young, precocious surfers who are still learning the ways of surfing. These are kids who are stoked all the time because of the high amounts of energy in their veins fueled by ice cream and donuts. Without the groms, lineups won’t be much fun, and half the stores at the beachfront selling sweet treats will be closed for good.

Grommets are the future of surfing, that’s why experienced surfers teach them all the tricks and techniques that they know. They also try to pass down the shaka culture, so the groms can learn the surfing etiquette sooner than later. This way, they don’t develop into becoming kooks as they get older.

These kids are often accompanied by their grom moms, or mothers who take their kids anywhere, any time because they enjoy seeing them stoked. These moms are always sitting on the cold sand, sipping coffee with a blanket wrapped around them as early as 6 am. Like their moms, the groms usually have a positive outlook and a pretty chill vibe.

Where did the term grom come from, you ask? While others will say that it’s from a dog character in Nick Park’s animation ‘Wallace and Gromit’, its history goes way more back.

The term grom was popularized in Australia during the 1950s, then made its way to the US west coast in the 1970s. Grommet was originally a term for the lowest ranking officers in a naval ship, which was borrowed by the Australian surfing community to poke fun and show respect to the young surfers.

Today, the term grom is used by surfers worldwide. In California, groms were considered punks, often associated with young surfer or skateboarder vibes that include having long hair, ragged denim, and bedrooms plastered with posters from magazines. In New Zealand, on the other hand, grom is considered a disrespectful and vulgar word.

How to Avoid Being Called a Kook

Now that you know their differences, it’s safe to assume that being referred to as a grom is much better than being a kook. But don’t worry, as everyone has gone through being a kook at least once in their surfing career.

So how can you avoid being called a kook and prevent yourself from being the joke of the day on popular Instagram pages like ‘Kooks of the Day’ and ‘Kookslams’? Here are some of our tips!

This tip especially goes to the rules in the lineup, starting with knowing who has the right of way. If multiple surfers are chasing a wave, the one closest to the peak has the priority to surf it.

Don’t snake your way in the lineup or drop in on the other surfers. Doing these things are the fastest way to earn your ticket to being called a kook. Not to mention the danger this could bring to you and the others.

Be respectful. In some surf towns, locals can be quite territorial with their breaks, so the lineup hierarchy may be tough to get into. In this kind of situation, it’s best to stay out of their way and respect their surfing customs. Take your time to get to know them after surfing sessions if you can. If they see that you’re genuinely respectful and you just really want to learn how to surf, they’d surely warm up to you and they might even give you some neat tips.

Be honest with your surfing abilities

It’s okay if you’re still a beginner — everybody’s been there. What’s important is you stay true to your skills and abilities. Own your mistakes. If you hurt someone unintentionally, apologize and try to make it up with them with a bottle of beer or a cup of coffee.

When catching a big wave, it’s normal to get wipeouts or fall off your board now and then; however, don’t ditch your surfboard if you suddenly become indecisive about riding a wave. This can injure someone if your board accidentally whacks them.

To prevent this from happening, wear an ankle leash to keep your board close with you at all times. Also, make sure to put on the leash when you’re already in the water.

Learn how to surf properly

Don’t just come to the beach with a full wetsuit and chat with your friends for hours. Practice! That’s the key to graduating from a kook to a certified surfer who has the respect of the locals and other pros. While you’re at it, make sure you’re having fun as well, because nothing is better than a surfer whose energy gets everybody stoked!

Q: Is it polite to call someone a kook or grom?

It can be considered as a compliment if you call a pre-pubescent surfer a grom, as this means they already have promising surfing skills at an early age. Meanwhile, the term kook is an impolite and derogatory term that can be used as an insult or poke fun at other surfers.

Q: Why are some surfers called kook?

A kook is an inexperienced surfer who aggravates other surfers by getting in their way and causing troubles and danger. Being a kook can also be associated with being a poser, or a surfer who brags about their surfing abilities when in reality they have nothing to boast about.