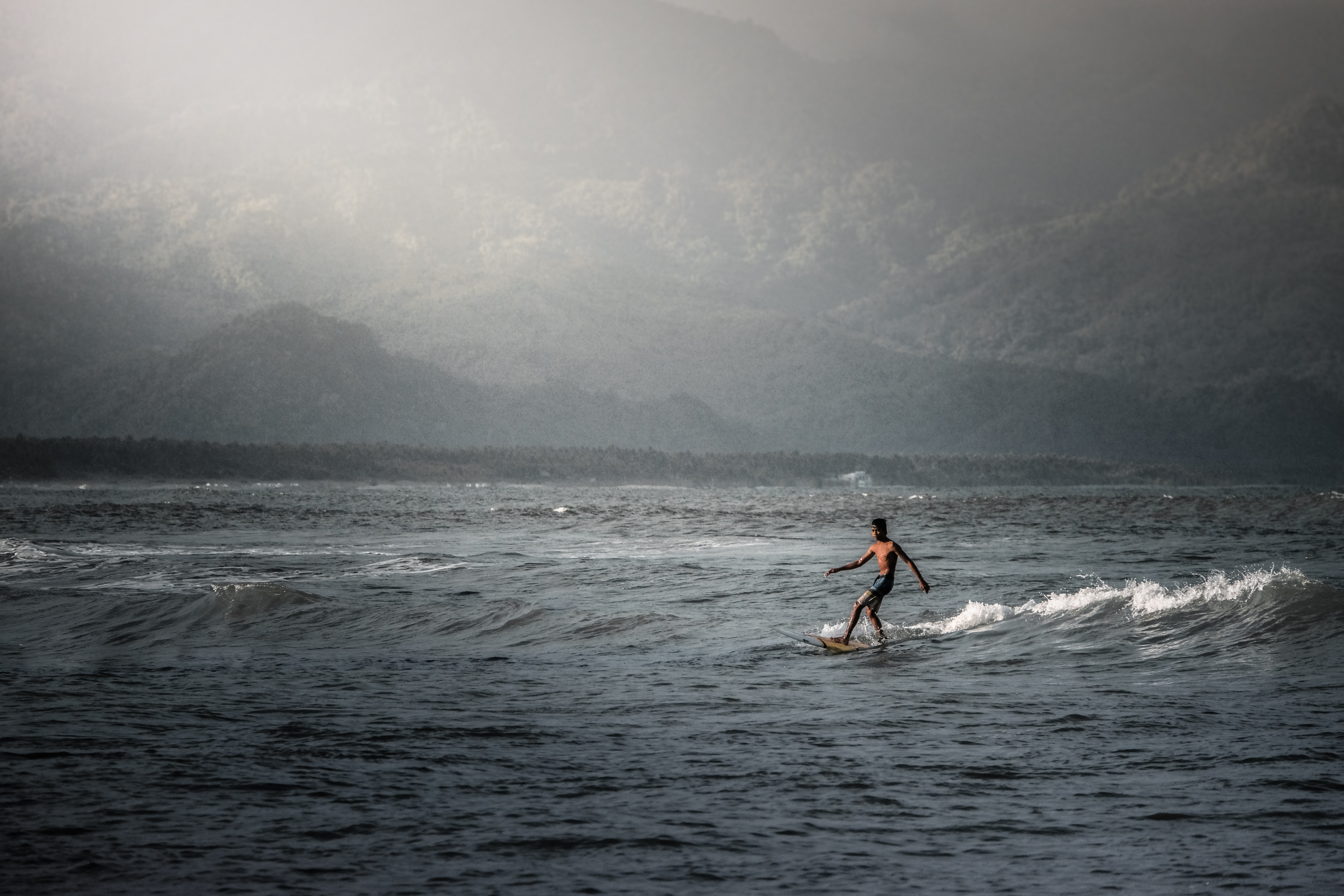 You’ve probably seen the infamous Charles Manson t-shirt with ‘Charlie Don’t Surf’ written at its back, or heard of The Clash’s cult classic song of the same title. It’s a phrase that’s inspired countless art, songs, and multimedia references, and has created a huge impact in surfing culture, not only in America but also in Southeast Asia.

But where did this statement really come from, and what’s the meaning behind this iconic phrase?

“Charlie don’t surf!” is an iconic line from the 1979 war film ‘Apocalypse Now’ — a movie that retells the novel ‘Heart of Darkness’ by Polish writer Joseph Conrad.

Written by John Milius and directed by Francis Ford Coppola, this film tackles about America’s sanguinity, as well as the realities and brutalities of the Vietnam war.

‘Apocalypse Now’ — The Film Where It All Started

Viet Cong is the armed communist revolutionary group of North Vietnam, who fought with South Vietnam and troops of the United States during the Vietnam war. Since Viet Cong has the initials of VC as in Victor-Charlie in the NATO phonetic alphabet, the American soldiers also referred to them as ‘Charlie’.

In the movie, “Charlie Don’t Surf!” was said by the lieutenant colonel, William “Bill” Kilgore. He was a good commander according to his men, albeit he sometimes go overboard with his decisions as a surfing afficionado.

A member of his troop, Lance B. Johnson, is a professional surfer who’s also infamous for taking drugs. Perhaps it’s because of overconfidence or impulse, Kilgore instructed one of his officers to get his surfboard because he wanted Lance to surf in Charlie’s Point — a beach that stretches for miles with peaks reaching six feet and good surf breaks all year round.

The problem is, they have to take out a Vietnamese military installation there before they can get to Charlie’s Point. This means engaging in a dangerous battle with a ground they can’t even hold for a long time. For this reason, one of the soldiers said,

After the helicopter attack of the village where the Viet Cong’s military camp is, Kilgore then ordered Lance and his men to surf the waves, saying,

The Meaning Behind the Famous Line

“Charlie Don’t Surf” doesn’t only imply that the Viet Cong don’t surf, as it goes much deeper than that. When Kilgore shouted this in reply to his officer, he also indirectly hinted that they’re going to take their waves, whatever the means could be.

According to the film’s writer, Millius, the inspiration for the famous line is the Israeli prime minister Ariel Sharon, who after winning the war in Aqaba, went spearfishing and said to one of his crews, “Now, we’re eating their fish”.

This line mirrored the “Charlie Don’t Surf” statement in which both of them implied that they’ve conquered the enemy’s ground, and now they’re going to take what’s not theirs as an added insult to the injury.

America’s Surfing Culture during the 1970s

Surfing, sooner or later, will find its way to ‘Apocalypse Now’ as per Millius. This is because during the seventies, the Californian culture was strongly influencing the world — from the hippies, to the nirvana, and surfing to rock and roll.

In the movie, teenage soldiers led the battle in the Vietnam war. It’s a representation of how the Californian culture and power are taking over and assaulting the Asian culture. From how they were hopping down the helicopter and putting flame jobs in their gun pods, mindlessly shooting over the line of napalm trees of the village, to how they surfed the waves after they’ve taken over the local’s land.

After the filming of the movie, Milius retells the story of how some of the actors suffered depression and post-traumatic stress disorders, which is similar to what the Vietnamese veterans suffered when they came back from the actual war.

‘Apocalypse Now’ is a film that shows the savagery and the truth behind civilization; hence why it’s one of the most famous movies of all time. In an interview with Rolling Stone, John was asked about how the viewers and the Vietnamese veterans reacted to the premiere showing of his movie. In which he said,

“When the lights came up, I looked around and saw that people were sitting transfixed. Vietnam vets were there, too, weeping. I was stunned by how good the film was and what Francis had done. I was proud.”

The movie, ‘Apocalypse Now’, gained no support from the US Department of Defense because of its anti-Vietnam theme; therefore the movie was not filmed in Vietnam, as the war was still ongoing there.

Instead, the war movie was filmed in the Philippines, where the current president of that country during that time, Ferdinand Marcos, lent the production crew the helicopters and gunships they needed. Some of the beach surfing scenes were filmed in Baler Bay, which is located in the northeastern part of the Philippines.

During the film shooting, the locals observed the actors and how surfing worked, so when the production crew left their surfboards after filming, the children took over the boards and used them to surf. Today, Baler is one of the surfing attractions of the Philippines, and it’s also hailed as the ‘Surfing Capital’ of the country.

Aside from Baler, the movie was also filmed in other beach locations such as Manhattan Beach Pier, Hermosa Beach, Cannon Beach, Waimea Bay in Hawai’i, and Lake Powell in Utah.

The iconic line “Charlie Don’t Surf” didn’t just add an additional flare to the surfing culture, it also became an inspiration for songs, game themes, and art pieces. The following are just some examples:

“Charlie Don’t Surf” isn’t just a simple line from the 1979 movie ‘Apocalypse Now’. It’s a statement with a deep meaning that tackles American soldiers’ mindset about war and how they see the country of Vietnam during that period.

Today, its legacy is still a big influence in modern surfing culture, as well as other media settings.

Q: Which movie is “Charlie Don’t Surf” from?

This iconic line was from the war movie ‘Apocalypse Now’, and is said by the actor Robert Duvall who’s playing the role of Lieutenant Colonel Bill Kilgore. He said this statement in response to one of his officers who told him not to go to Charlie’s Point as it is a dangerous military ground of the Viet Cong.