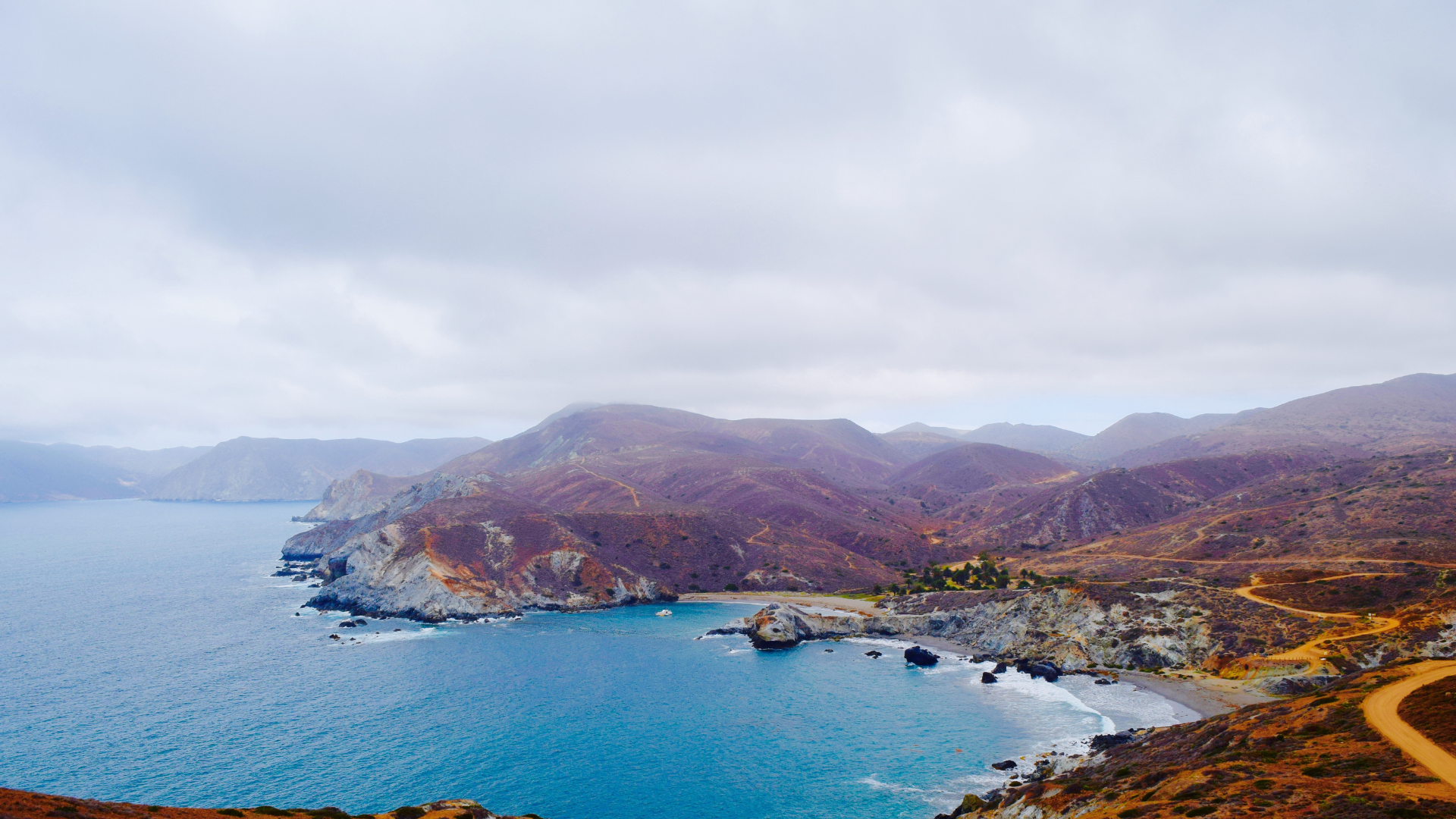 One of the biggest worries that cross a surfer’s mind is sharks. These mean, bloodthirsty, killing machines are seen as the ultimate danger to ocean goers. But this is not entirely true.

There are approximately 35 million surfers in the world. If each person only surfed once that year, there is a 0.0003% chance of a shark attack on each person.

Furthermore, the report did not single out surfers, so it is fair to assume that as a surfer your chances are even smaller.

That being said, no surfer wants to see a big gray fin sticking out the water next to them while they surf, which is why it is best to surf in places such as Madagascar, El Salvador, Chile, Costa Rica, and even Indonesia, all of which report less than 14 shark attacks since 1900.

If you are ready to dive into the world of surfing but the sharks are giving you second thoughts, then this list of the best places to surf without sharks may be the encouragement you need.

Before you know how to avoid sharks it is important to learn what it is that sharks like.

Some sharks spend their time in the deep oceanic waters, while others prefer the warmer shallow waters of oceanic shelves and coral reefs.

These are known as pelagic sharks, and it is these sharks that surfers come across.

Examples of pelagic sharks include the Great White and the Basking shark.

Pelagic sharks tend to spend time in the shallows of river mouths or in areas where there is a lot of bacteria in the water.

The bacteria and microbes create a feeding ground for smaller sea life, thus attracting bigger fish, and so on.

This dark and dirty water also gives the shark an advantage of not being seen, which is why more shark attacks tend to occur in cloudy waters.

Some sharks, such as the great white, hunt in areas where there is a steep shelf. This shelf allows them to attack from depths, catching their prey with speed and by surprise.

All of that being said, there are approximately 500 species of sharks in the ocean, all of whom have their own habits, habitats, and feeding patterns.

6 Best Places to Surf Without Sharks

As the world is filled with shark-free surf destinations it is difficult to name them all. This is why we have taken some of the most popular surf locations worldwide that do not experience many shark attacks.

The list below, with data from the shark attack data website, may surprise you, but on the flip side, it may present some new surf locations that had not yet crossed your mind.

The Indonesian archipelago’s 17,000 islands are home to some of the world’s best waves, with arguably more waves than can be found anywhere else on earth.

Located in the warm Indian Ocean, Indonesia has countless dream-like reef breaks, point breaks, and even a few shore breaks.

The dry season (April – October) is the best time to find surf in the famous “Indo” but waves can still be found year-round.

With consistent surf year-round and a water temperature that averages 80*F (26*C) it is no surprise that Costa Rica has quickly become one of Central America’s most popular surf destinations.

Creating a home for world-class surf breaks to beginner beach breaks, no matter what your surfing level is, you will always find a wave to ride.

France is possibly the heart of surfing in Europe, but with the world-class waves that hit its coast, it is not really a question why.

The southwest coast is home to sandbanks that produce powerful barrels which brings the Quicksilver Pro world series to Hossegor each autumn.

4,000 miles (6,435 km) of raw Pacific Ocean swell, Chile has often been referred to as the Goofy footers paradise.

With smaller waves and warmer water in the north to icy behemoths in the south, the waves in Chile can be surfed all year round. That is if you are willing to face the giants that the winter swell brings in.

Only 740 miles east of Mozambique, Madagascar is a surf paradise like no other.

With an open exposure to the Indian Ocean and an incredibly small surf population, you can expect to find world-class breaks and keep them all to yourself.

Although traveling in Madagascar can be tricky, and moving between breaks can be a challenge, the isolation and shark-free waters of Madagascar make it the perfect destination for a surf trip.

Famous for hosting some of the longest point breaks in South America, El Salvador, although not commonly thought of as a surf destination, will surprise you with its numerous breaks and surprisingly small crowds.

The surf areas are separated into La Liberated (the most popular), and “Wild East” which is quickly gaining a name for itself.

Home to the famous Nazaré, Portugal has made a name for itself in the surfing world, especially when it comes to the best big wave surfers around.

The best part about surfing in Portugal is that it has it all. Small slow waves for the newbies, rolling tubes for those trying to increase their skills, and huge behemoths for those on the more crazy side of the spectrum.

Not to mention, there are no sharks.

How to Avoid Sharks While Surfing

Although there is an incredibly small chance of you encountering a shark while surfing, and even less chance of that shark attacking you, the danger is still there.

That being said, by taking certain precautions you can further reduce your chances of coming across these giant fish while surfing.

As mentioned before, sharks tend to spend a lot of time near river mouths because of the nutrient deposits.

Furthermore, the water near river mouths is usually cloudy from sediment which makes a perfect hunting ground for sharks.

2. Don’t Surf at Sunset or Sunrise

The prime hunting time for sharks is around sunrise and sunset. These times mean that there is enough light for sharks to see fish and other sea life at the surface of the water, but not enough light to see what is happening below.

Although surfing in the morning can bring some of the best conditions, it will bring with it some hungry giant fish.

Surfing alone can be one of the most amazing experiences out there. It is tranquil, quiet, and the waves are all for you.

The problem with surfing alone is that it adds to the dangers of surfing.

If you happen to come across a shark while surfing alone, not only are you the only prey available but if something were to happen then there is no one around to come to your aid.

4. Do Not Enter the Ocean With Open Cuts

Sharks can smell a drop of blood up to a mile away. This is a scary fact when you realize they can swim up to 30 mph.

If you have open wounds it is best to let them heal before entering the ocean. This is also true if you injure yourself while surfing.

It is better to leave the water with a bloody nose than continue surfing only to find yourself swimming with a few Great Whites.

Many fish are attracted to shiny objects. This is likely because smaller fish tend to be shiny, and therefore the shine attracts larger predators.

Although larger sharks hunt bigger prey, the smaller more aggressive species may take a bite of your ring finger thinking it was a batfish or another tasty snack.

6. Keep an Eye on Shark Flags

Shark flags exist for a reason, and it’s in your best interest to pay close attention to them.

If the flags at a beach indicate that sharks have recently been spotted you may want to think twice about putting your toes in the water.

One of the best ways to avoid sharks is to simply stay away from beaches and breaks that often see them.

Where Not to Surf When Avoiding Sharks

Now that you know where the best places are to surf without sharks, it is worth having an idea of where the most shark-infested surf locations are.

The most shark-infested breaks in the US:

The most shark-infested breaks in Australia:

The most shark-infested breaks in South Africa:

The risk of a shark attack while surfing is incredibly small, but that does not mean that a huge shark swimming below us does not cross our minds from time to time.

Even though it is very unlikely you will encounter a shark while surfing, planning your surf trips to places that do not often see shark attacks is the best way to set the problem aside and simply enjoy your surf.