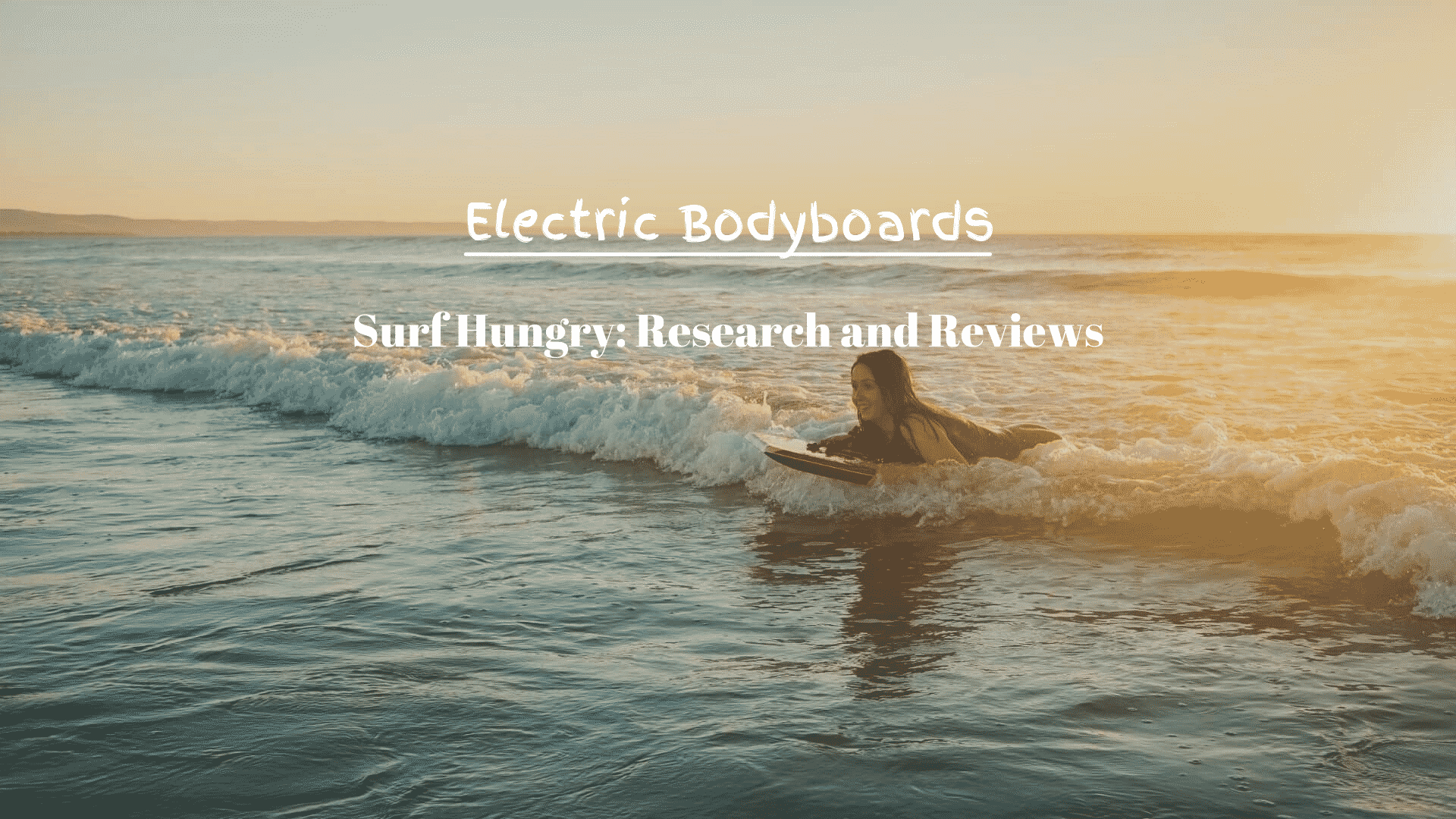 In case you missed it, there’s a new type of board that allows you to surf without waves. It sounds so enticing because it promises to get you blasting even on calm waters at up to 20mph. You read that right – calm waters. A video of Mark Zuckerberg carving through what seemed to be the calm waters of a lake on an electric hydrofoil got many people excited about the relatively new concept of electric bodyboards.

If you’re like us, read on and find out what you need to know about this trend.

What Is An Electric Bodyboard?

An electric bodyboard is a type of board equipped with a motor that runs on rechargeable batteries. They are becoming increasingly popular in the US and anywhere in the world where people love the waters.

These bodyboards allow you to move on the water without exerting too much effort and power. The best thing is, you don’t even need waves to ride it.

A fully-charged electric bodyboard can give you almost three to five hours of fun surfing sessions. That’s more than enough time for you to learn how to use it and enjoy riding it.

The market for electric bodyboards is still in its early stages. Thus despite the number of these sold today, there are not many references and reviews about it. The electric bodyboards we have on our list were considered according to their performance, quality, and customer reviews.

The Kymera Bodyboard is a true definition of fun in the water – it is simple, controllable, and effortless. Indeed, it lives up to its tagline, “your favorite ride with a little oomph.” It is one of the first in the world and remains the most popular because of its quality and performance.

This electric bodyboard has an ergonomically designed shape with a deck strategically positioned with neoprene padding for a comfortable grip and relief from an otherwise hard surface. Operating this stick is easy – Its trigger, which is located on the right-hand grip, results in gradual acceleration with pulled.

Releasing the trigger slows you down. Thanks to the craft’s buoyancy, the momentum gradually halts, similar to how it slowly accelerates. You won’t be thrown out to the water because it suddenly stops. You can cruise a good 6 miles when charged a good two hours.

While it can run up to 20 mph, it can also quietly navigate shallow bodies of water. This feature expands the usage possibilities of this electric bodyboard from recreation to exploration.

The Kymera Bodyboard’s only option for purchase is through pre-order at their website.

The Wave Jam 156 is the better version of its predecessor, the Wave Jam 91. It has more extended autonomy, which can go up to an hour compared to thirty minutes for the Wave Jam 91. For most Wave Jam users, this improvement equates to extra fun under the sun.

More than being fun to use, this electric bodyboard has features convenient to the rider. Its battery life is displayed on the LED screen positioned above the bodyboard. Ride it on a lake, in a river, or at sea; it won’t fail you with its speed and different sensations.

It specifies a maximum speed of 10 mph, but according to those who have tried using it, it went up to 16 mph, and it was fine. Not that we are encouraging you, it’s still best to follow what the manual says. Still, ten mph isn’t so bad for a rechargeable bodyboard.

Like most products from this company, the Wave Jam 156 has an ultra-dense polystyrene shell that gives the electric bodyboard strength and stability. Its handles are strategically positioned on the sides to let you steer effortlessly but with incredible responsiveness.

Whether you run it at 10 mph or 16 mph, you won’t worry about slipping and falling off the board. Its coating is very adherent to keep you from sliding and getting ejected from the electric bodyboard. 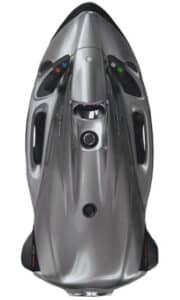 There’s probably nothing you will need more from an electric bodyboard with the Seabob F5 SR Bodyboard. It’s one thing that it is fully electronic, but it is another that it has integrated full HD cameras and Wi-Fi capability. Talk about smart bodyboard!

This sea racer has an increased underwater speed of 11mph and up to 13mph on the surface. While you are speeding on the pristine waters, you can capture unique experiences with its Seabob Cams – one is positioned in the watercraft’s bow to film and save everything experienced underwater. The other is by the information display for saving action selfies.

Seabob aimed to perfect hydrodynamics, thus putting two tail fins on this electric bodyboard. This change resulted in a significant improvement when driving underwater. In addition, these fins created a more sporty look to the already flashy bodyboard.

To live up to its cutting-edge technology, the Seabob F5 SR Bodyboard is made using premium carbon elements, established ceramic coatings, and precious metals, all to resist harsh saltwater conditions.

How Much Does An Electric Bodyboard Cost?

How Fast Do Electric Bodyboards Go?

Electric bodyboards can go as fast as ten mph to twenty mph. However, note that the speed of electric bodyboards depends on a few factors, such as driving style and the rider’s weight. Anyone under 176lbs can speed it up to 19mph, according to Kymera, compared to 13mph for riders weighing about 198lbs.

Electric bodyboards in action are so much fun to look at. Imagine how much more exhilarating it is riding one. They have many exciting features, but the price tags can be quite over the top.

Is it worth buying? Yes, if you genuinely want to incorporate an active ride in calm waters. However, it would be best if you check the regulations first before buying one. A user pointed out how during a test ride, a water patrol pulled them for a discussion that ensued from the classification of the “vessel” they were riding.

Electric bodyboards are currently classified as a “scuba assistive device” (according to Kymera). Still, the regulations may claim that since it has a motor, it is considered a full-fledged watercraft that also needs to be licensed.

Q: How do electric bodyboards work?

A: Electric bodyboards are like regular bodyboards that allow you to float on the water’s surface and carry you through waves. The only difference is you don’t need to put in too much effort to make the board move for you. It has jet engines that propel you through the water, similar to the technology used in jet skis.

Q: What happens if you run out of battery in the middle of the ride?

A: Since electric bodyboards are more like regular bodyboards, they will stay afloat even when you ran out of battery. You may paddle back with your hands just like how you would on a traditional surfboard and charge it once you reach the shore.