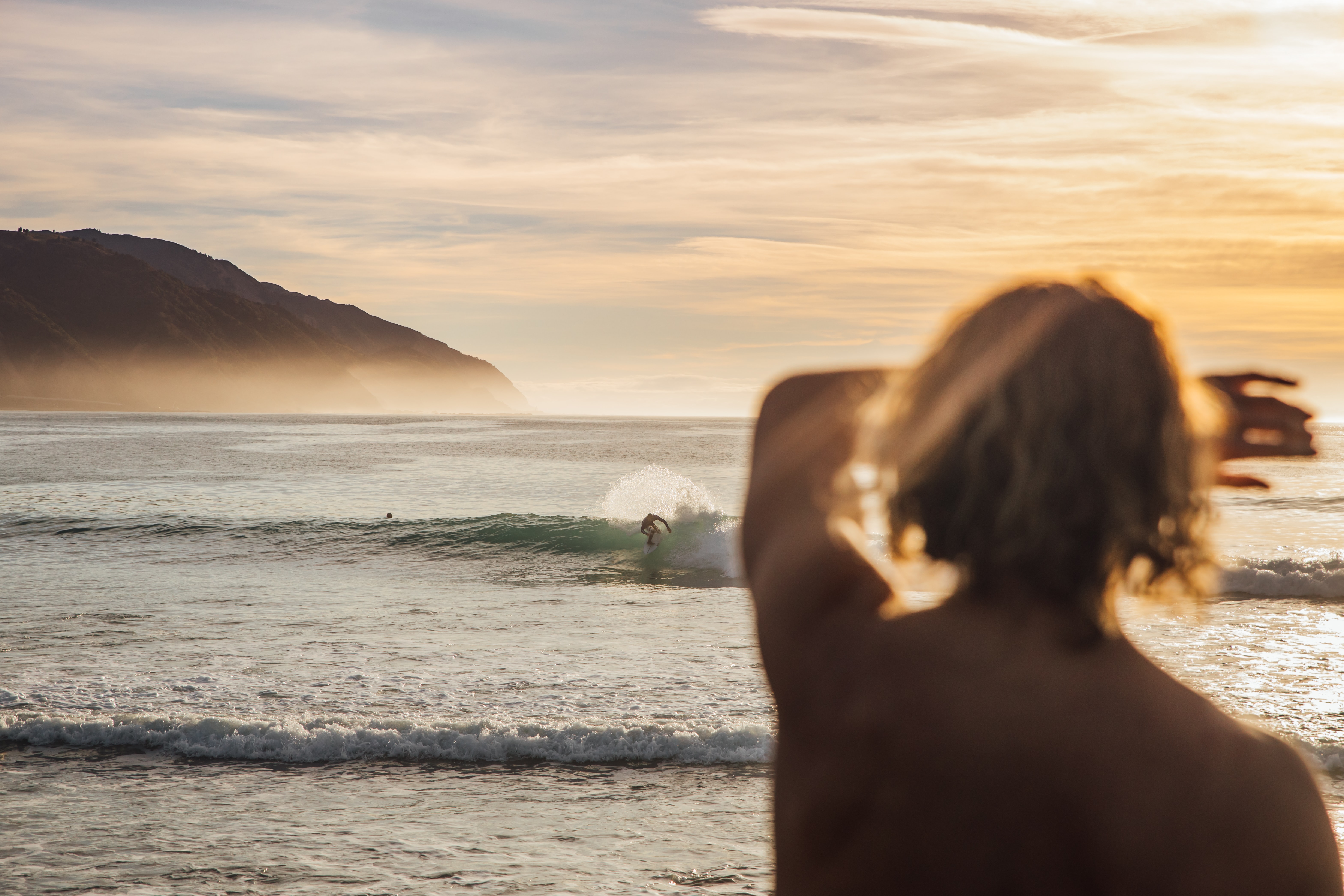 Do you like watching the waves? In 2019, Surfline released the premium version of their app where you can watch HD live streams of your favorite surf spots on your phone. With this, you don’t need to wake up early in the morning to check the wave swells, only to end up going back home because the water’s flat or too unpredictable. Even when you’re not surfing, you still get to enjoy your favorite pastime. How awesome is that?

To be honest, the Surfline Premium had a pretty smooth start — but not until 2020 happened. In this article, we’ll tell you all about it. We’ll also be discussing if the premium version is really worth your investment, along with the features that give it edge over other forecasting websites.

The History of Surfline

Before we get into more details, we first want to briefly talk about the history and background of Surfline to help you understand their work and impact in the surfing world.

Every day, thousands of surfers all over the United States go to Surfline’s website to check the waves, making it one of the leading forecast websites for fishing, boating, and surfing reports. But did you know that this company goes way back in the history of forecasting wave conditions? In 1985, Surfline started as a hotline number that surfers can call if they wanted to ask for surf reports and expected swell conditions in some of the surfing’s hottest spots.

So how did they do it? As technology wasn’t too advanced during that time, the only way they can relay about the swell conditions is by hiring more than 50 surfers to travel and give reports from their location to the main central office of Surfline on Huntington Beach, California.

Their first surf forecast ever recorded was from March 26, 1985, and because of its success, the 976-SURF became a trademark number that almost all surfers memorized during that time. In their first month of launching, Surfline received over 6,000 phone calls from surfers all over Southern California. The main highlight of the daily surf forecasts was the report of young surfer (also the current owner of this company) Sean Collins, who had an incredible skill of predicting the arrival of swells.

Long after that, the company expanded its long-range forecasts to other states like Northern California, Florida, and Texas. Fast forward to 1995, Surfline.com launched, which offered free surf information through their online service. In 1996, Surfline hosted their first camera streaming of Huntington Beach, which gained them over 500,000 visitors a week.

This breakthrough gave them an opportunity to make money from advertisements and membership fees, which they used to expand their research towards the technology that we have today.

Alright, so back to our main topic, folks. When the premium version was released, Surfline loyalists REALLY kicked up a fuss. The most popular surf forecasting website behind MagicSeaweed, CoastalWatch, and BuoyWeather faced a lot of backlashes, and it’s mainly because of this — the HD cam that was free before can only be now accessed by premium members only.

Let’s rewind things back a little bit. Before, surfers used to watch the waves through the Surfline app for free. See, they had to endure 15 painful seconds of commercials every time just so they could watch a 15-second preview of the wave or surf spot they wanted to check. If they wanted to watch a little longer, then they’d have to watch the ads all over again.

Now, the advertisements are a little sacrifice they were all willing to take that time if that means they don’t have to drive several kilometers to check the day’s swells. But now that the everyday glimpse of their favorite spots is gone, some of the surfers who can’t afford to pay the premium membership are forced to check the waves the old-school way — by walking to get to the beach before dawn so that they can alert their friends if the surf’s on or if they should just keep sleeping.

How much does Surfline Premium cost?

This brings us to our second topic, which is the price you have to pay to get the premium. In its first year, the Surfline Premium’s membership fee per annum is priced at only $69.99, which is a pretty good value considering its features during that time. But in 2020 (in the midst of the Covid-19 pandemic), they sent an email to all their customers about a 35% price increase on the membership fee upon its renewal.

Others have read the silent notification, while some unfortunate ones just saw that the new price has already been automatically billed on their account. The price gouging caught everyone off-guard, and it really left a bad taste in the people’s mouths.

Currently, the Surfline Premium is priced at $95.88 annually or $7.99 monthly, with the account accessible to one user only. So here’s the million-dollar question — Are the new features worth your money? Let’s find out.

This feature is the most possible reason why surfers will pay the premium cost, because there’s no doubt that Surfline has the best camera network amongst all surf forecast websites. Even the app makes it easy to watch the waves in high-definition! With over 500 cameras in different surf destinations globally, checking the local tides and breaks from your bed is now made possible. You can also watch the waves from surfing banned locations during the pandemic and relive those moments that you get to surf on them.

Our favorite, of course, is that the live streaming come without the ads. Watch the video below for some of Surfline’s camera rewind highlights.

When it comes to surf forecasts, most websites have a lot of hits and misses, and that’s totally normal. As we all know, nature can be really brutal and unpredictable (especially when you’re on the east coast).

That said, any surf reports of Surfline outside 7 days are most probably off, while the most accurate ones are within the range of 1 to 3 days. If there’s a major event, however, you can be assured that the forecasts are 100% accurate for the rest of the week. Surfline’s forecasts also focus more on regional than local, so you may want to rely on other websites to know more about local breaks. In addition, depending on the forecaster, wind conditions may also get downplayed and ignored sometimes.

Are the forecasts worth the price? Not really, as information like proprietary surf, wind data, and live swell buoys can be easily accessed on other free websites like NOAA, WindGuru, and MagicSeaweed.

Surfline’s Premium comes with shopping perks. This means you get a 40% discount every time you buy wetsuits, sandals, backpacks, and other surfing paraphernalia from any of their seven participating surf brands such as Nixon, Vissla, and Reef. If you’re a beginner who plans on buying these kinds of stuff, then you’ll get the worth of your subscription investment with just a few purchases.

Taking videos and photos of your surfing sessions can be difficult if you don’t have someone to surf with. If you’re the type who wants to rewind your most epic rides and relive those moments of freedom and speed, then you’d be having a blast with the latest feature of Surfline Premium — the Surfline Sessions.

As mentioned earlier, Surfline has a vast network of cameras, with about 500 of them scattered around in the top surf destinations in the world. Aside from monitoring the waves, these cameras also serve another purpose, which is to track your surfing sesh, create a video of it, then send it straight to your iPhone or Apple watch. From there, you can create individual clips that you can send to your friends or upload to your social media accounts.

Not only that, but the watch can also serve as your fitness app. With it, you can also track your burned calories, your top speed when riding a wave, the number of waves you’ve caught, and the distance in feet that you’ve covered. The only catch with this one is that you have to make sure that the camera you’re paddling in front of is working, because if it’s down, then you’re going to have zero video footage.

Should You Get Surfline Premium?

While the $95.88 annual membership fee is cheaper than, let’s say, Netflix’s Premium that costs $192, some surfers still find the price of Surfline Premium’s price a little too high for their liking.

But if you do have some extra cash to spend, then the HD live camera and its other features make Surfline Premium worth it. If you’re a beginner who’s yet to buy surfing stuff, the shopping perks will also enable you to have a quick return of your investment with just a few purchases.

The long-term experience and advanced forecasting tools of Surfline are hard to beat; however, surf reports shouldn’t come with a price. You can get this kind of information on other forecasting websites for free. So unless you need to watch live HD cams because you’re the official monitor of the surf wave conditions, then we don’t recommend paying for premium.

Now, if you’re going for a short trip and you need to check on the wave condition of a certain location, just get the 15-day trial version of the Surfline Premium, then cancel it after two weeks (it gets automatically billed on the 15th day).

Q: What are the features of Surfline Premium?

When you pay for a premium membership in Surfline, you get access to the 500 cameras they have in various surfing locations all over the globe. This enables you to watch the wave conditions without the ads, and record your surfing sessions with your Apple Watch. Aside from that, you also get shopping discounts to top surf brands and receive long-range surf forecasts.

Q: What is the cost of Surfline Premium per month/year?

Surfline Premium costs $7.99 a month or $95.88 per year. They also offer a 15-day trial period that will be automatically billed on your account after two weeks.