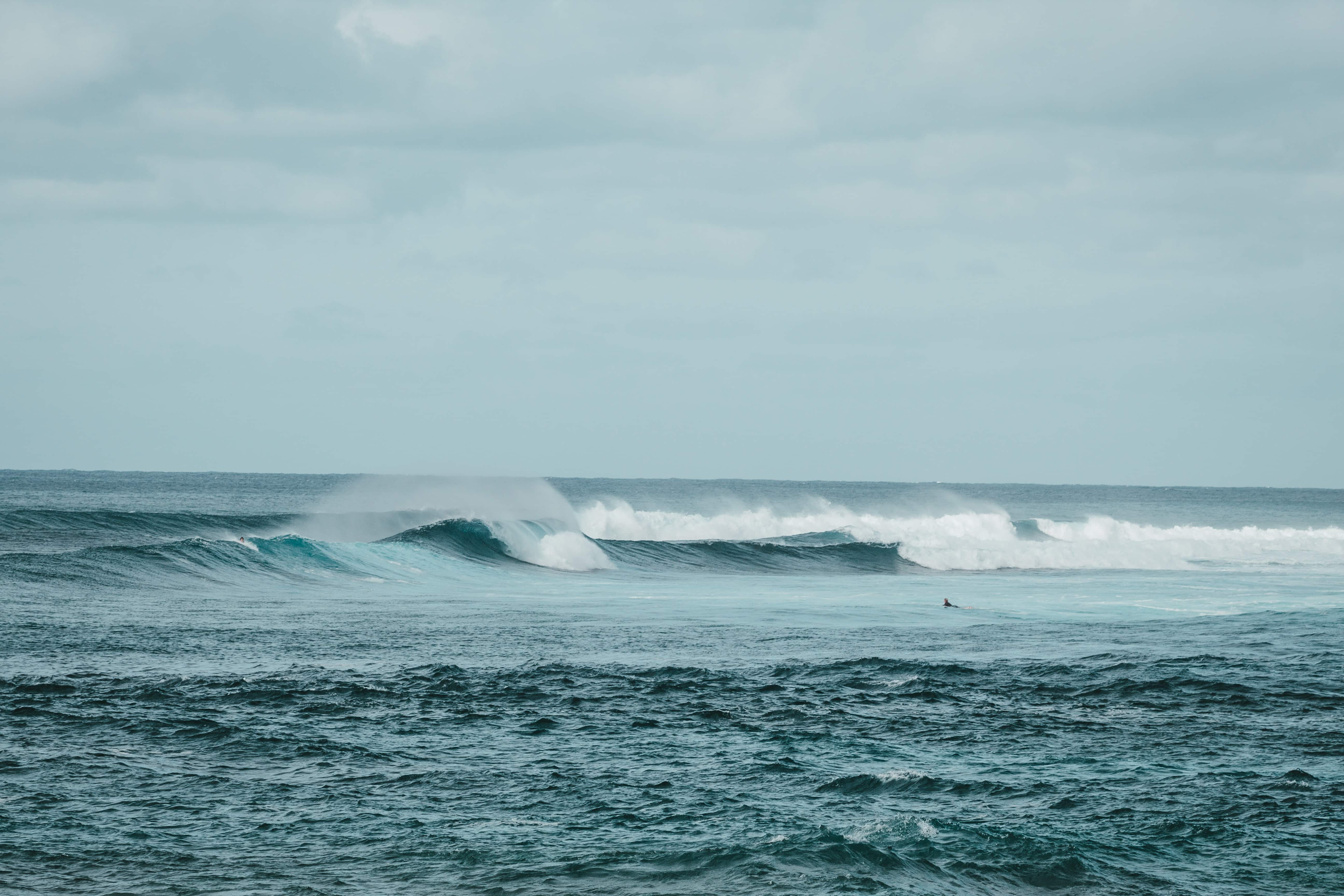 Riptide and rip currents — two terms that are often used interchangeably by media and beachgoers alike. Although both of them are powerful and dangerous phenomena that lurk beneath the water surface, these two are not quite the same thing.

A riptide is a strong flow of water within enclosed tidal areas such as harbors and estuaries. It’s caused by a tide that pulls water through an inlet along a lagoon or barrier beach wherein the water flows out to the sea. Oftentimes, people don’t know how severe a riptide is until they get swept away by it hundreds of meters away from the shore.

In this post, you’ll learn about the dangers of riptide and rip currents, as well as their differences. We’ll also share with you some safety precautions you can do to avoid being carried away by these death traps.

What is a riptide?

In June 2021, news broke about a father and child who died after being swept away by a riptide in Apollo Beach Nature Preserve. The man who rescued them was also reported to be missing. Sadly, the rescuers said that it’s unlikely he’ll be found alive.

The thing about riptides is that they can’t be seen with naked eyes. You won’t be able to feel anything while you’re being swept away. You’ll look back at the beach and see that you’re already miles away from the shore — and that’s when the panic starts to kick in.

Before we discuss more of the risks, you must first understand how riptides are formed.

Because of certain confusion with the terms, a riptide is often mistaken as the same as rip currents; however, the former is caused by tidal movements, as opposed to the latter which is caused by wave action. Unlike rip currents, riptide is also predictable as it is influenced by the rise and fall of the water level in the ocean.

Riptide is a powerful current that often takes place in coastal regions, but it can also happen in constricted areas such as bays, large lakes, and lagoons. Even if there are no waves, riptides can occur, especially if they’re next to man-made structures like piers and jetties.

Coastal engineers refer to riptide as flood jets and tidal jets because of the large amounts of sands it carries. Later on, this sand will form sandbars under the ocean and in the inlet’s channels.

Riptide is also characterized by strong offshore currents. If the water flow is stabilized, the water that flows to the ocean is more consistent. The more constricted the flow is, the stronger the riptide will be. This increases the risks of being pulled a thousand feet offshore by the falling tides.

When there’s a riptide, no boats sail out because the waters could be life-threatening. Not even the best kinds of swimmers will be able to swim against these currents. That’s why local governments put up signs of warnings on danger zones, but sadly, some people disregard these signs.

The riptide in Shinnecock Inlet in New York that extends more than 980 ft (300 meters) offshore is an example of a current you don’t want to be swept away in. Another dangerous place where riptides occur is in Australia. Every year, more than 20 people die here because of these dangerous currents. That’s more than the combined total of the victims of other natural calamities such as cyclones and floods in this country.

How to Survive a Riptide

The natural reaction when you get pulled away by a riptide is to get overwhelmed by panic and fatigue. However, not knowing what to do in this kind of situation may end up in death. In a worst-case scenario that the waters take you offshore, you must remember these things to avoid drowning.

To escape and survive the strong currents generated by rip currents, the best thing you can do is to stay afloat as much as you can and keep your head above the water. Let your body flow in the direction where the current is going.

It’s better to be swept away far from the shore and live than die trying to swim against it. Wave for help and hope that a lifeguard or a boat will see you. Raise one arm or yell if you can.

It’s paramount that you stay calm. Panicking and paddling against the current will only cause you to lose energy. Control your breathing.

Refrain from thinking negative thoughts and instead focus on facts. Remember, riptide is a natural hazard, but its currents won’t pull you underwater, unlike undertows.

What are rip currents?

Warning signs are useless if you don’t know how to differentiate riptides from rip currents, but since news and some people use these terms in similar ways, things can really get confusing.

Rip currents are strong, narrow currents that are often found near beaches. They are formed when the waves that are breaking to the shore pile along the beach, then move directly away from the shore by cutting through the breaking waves.

They are formed when there’s a depression in the sand that creates a channel underneath where the water flows back out to the ocean. Take a look at the video below to see how rip currents look like when seen from an elevated place.

A rip current doesn’t look like what it seems. By observing it from above the water surface, a rip current is seen as a darker and calm spot. This is why a lot of swimmers mistake it as the safest area to swim in, when in fact it’s the most dangerous.

According to NOAA (National Oceanic and Atmospheric Administration), rip currents kill 100 people every year. With a speed that can reach up to 8 meters per second, these currents can take you 100 meters away from the shore in just a manner of minutes.

The location of a rip current is unpredictable, which further adds to its long list of dangers. It may disappear all of a sudden and reappear in other parts of the beach; however, it can often be detected in the knee to waist water heights. If you’re out to surf, reduced wave heights in the surfing zone are also a common indication of this occurrence.

Other signs may also indicate that there’s a rip current at the beach. Observe the water and wave conditions by looking for gaps in wave patterns. Sometimes, you can also find debris such as seaweeds and streaks of muddy water moving out to the sea.

Rip currents are usually not more than 80 ft (25 meters) wide, that’s why if you get swept away by a rip current, experts suggest going with its flow as the currents dissipate when the water’s already deep, usually after reaching 100 yards away from the shoreline.

You can also try swimming parallel to the sea, either in a left or right direction. Swimming against the current will only waste precious energy, so avoid doing that. After escaping the current, swim diagonally towards the shore.

What is an undertow?

Another term that people sometimes misuse for a riptide is the undertow. In simple terms, you can think of an undertow as the force that spins you like a tumble dryer. Undertows occur when breaking overhead waves produce a backwash combination of water and sand.

If you get caught inside it, the waves will pull you and hold you underwater in just one place, and it’ll be hard for you to escape from it because of the strong flow. This poses a lot of dangers, such as hitting your head in sandbars and reefs, or breaking your bones when you get rag-dolled by the currents.

The proper use of terms is essential in beach safety, that’s why it’s crucial that you know their differences.

In summary, riptides are caused by tidal movements (rise and fall of tides) and constriction of the water within estuaries. They are strong currents that can pull and carry a person hundreds of meters offshore, that’s why it’s considered more powerful than rip currents.

Riptides are also predictable and more stabilized. Rip currents, on the other hand, constantly change location as they may appear in different parts of the beach where the sandbars break.

Although two different things, both of them pose life-threatening risks and dangers. To keep yourself safe, observe the water before taking a plunge, and don’t ignore the warning signs. Curious to learn more about dangerous waves? Check out this post about square waves!

Yes, riptides can pull you out from the shore and take you out to the sea. Although these strong currents will not drag you underwater, victims often panic. This makes them frantically swim and paddle against the current as they try to get back to the shore. Doing this, however, causes fatigue, which can lead to drowning and death.

Q: How do you get out of riptide and rip currents?

Although difficult, it is not impossible to get out of a riptide or rip current. What you need to do is to keep calm and let the water carry you until the current dissipates. Experts say that you can slowly swim in a parallel direction; however since riptides are stronger than rip currents, you may find swimming exhausting, especially if you’re not a good swimmer. You can also call out for help by waving your arm or yelling.